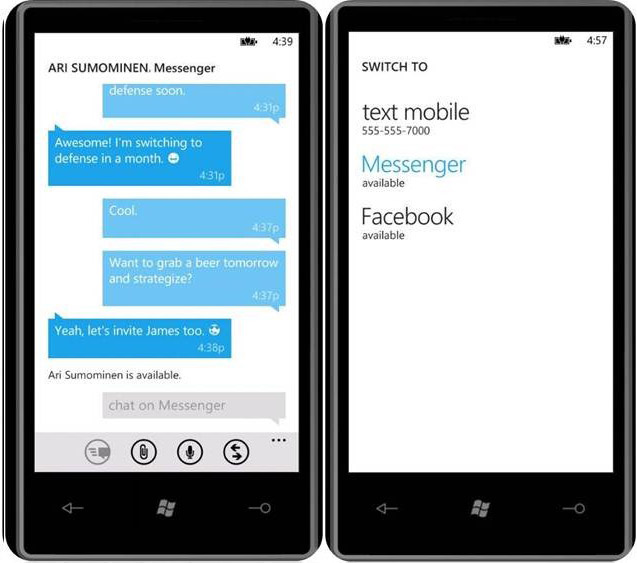 When you have an Android smartphone, connecting with your friends via GChat is a pretty straightforward and seamless process. Microsoft wants to offer the same kind of idea, but within its Windows environment. That’s why they’re promising a “seamless, built-in texting and IM experience powered by Windows Live Messenger” on Windows Phone 7.

This “seamless” integration should come along with the next version of Windows Phone, which we are assuming is the Mango build that’s been making its way around Internet news sources. Instead of getting you to open an app for Windows Live Messenger, it’ll be built into the phone’s Messaging Hub. That combines your IM and SMS chats into one place.

While this isn’t all that surprising, it is almost surprising that they’re offering Facebook Chat integration into Messaging Hub too. Again, there’s no need to download a separate app to access that. Makes you wonder if they’ll add AIM, GChat, Skype, and other protocols down the line for the same kind of native support.

And yes, there is support for both photo sharing and group chats via the updated system. Windows Phone 7 may not have the same kind of market share as iOS or Android, but these Mango updates are starting to make the platform sound a little more appealing.