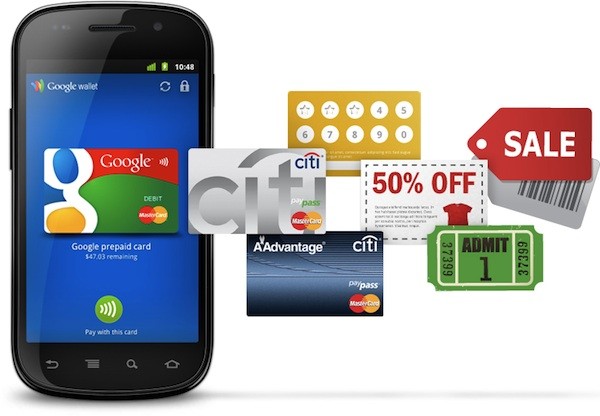 Google Wallet is a free mobile app that stores virtual versions of your credit cards, debit cards and coupons, eliminating the need for plastic and replacing your wallet with your phone. It will be compatible with none other than the Nexus S 4G, on Sprint. The app will launch “soon” but we’ve learned a great deal about it in the meantime.

How it works is you would simply turn your phone on, tap the phone at a terminal and the Google Wallet would transmit payment details wirelessly using near field communication technology (NFC). NFC is a wireless technology that enables data transmission between two objects when they are brought within a few inches of each other. Smartphones enabled with NFC technology can exchange data with other NFC enabled devices or read information from smart tags embedded in posters, stickers, and other products.

Google Wallet would require a PIN that would access any card to make a purchase, contradicting advice from major bank companies that you should never use the same pin for more than one card. And if your phone is stolen and someone knows your PIN, you would have to cancel all your cards. So just how secure is the app? According to Google, payment credentials are stored in a chip called the secure element, which is contained within the Nexus S 4G and isolated from the phone’s main operating system and hardware. Only authorized programs like Google Wallet can access the chip to initiate a transaction.

If you want to use the app, you will need a Citi MasterCard credit card that is eligible for PayPass, or a Google Prepaid Card. After adding the Citi MasterCard card to Google Wallet, you can spend up to $100 USD. To access your full credit line, Citi will send you an activation code that you will have to enter into Google Wallet. As for the Google Prepaid Card, it can be funded with any existing plastic credit cards.

Google Wallet records the time of an initiated transaction and which credential was used, and this information is stored on the phone. Google claims they do not currently receive data about what products you purchase with it. They hope to eventually expand to other mobile devices and platforms.