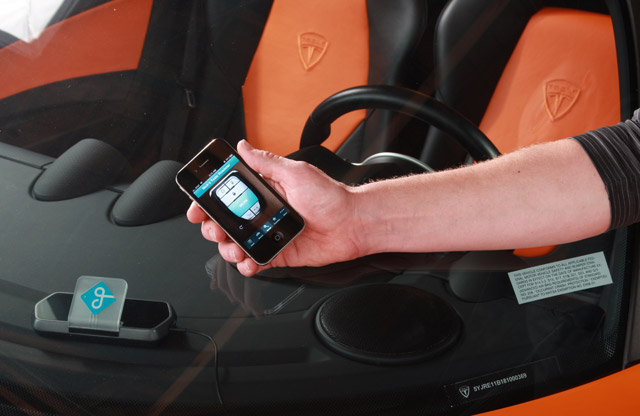 Getaround has finally launched with an all-in-one device that allows you to safely and easily “share” your car with different people. It could be a means of earning some extra income on the side,  Getaround says owners can earn, on average, $2,000 per year for every hour per day their car is rented.  It can even save the renter over $1,800 per year by using a car sharing service over owning a car for the same number of miles driven.

To give you some peace of mind, cars outfitted with the Getaround CarKit are covered by “premium insurance” provided by Getaround and Berkshire Hathaway. Should something go amiss, they’ll take care of that. The device also has GPS, Wi-Fi, and keyless remote tech.

The iPhone app helps too. It allows a car owner to “conduct entire transactions, including reserving, paying for, and unlocking cars using nothing but their iPhone.”

“There are over 250 million personal vehicles in the U.S., and they sit idle an average of 22 hours each day,” said Getaround founder and CEO Sam Zaid. “Getaround frees people from the burden of car ownership by turning an idle, costly, and underutilized asset into something that can generate revenue, and our Getaround Carkit and smartphone technology make car sharing safe and accessible to everyone.”

If you’re a renter or an owner, Getaround sounds like a good solution to both sides of the equation.  Vehicle owners can set pricing and availability, and can optionally approve each rental request as they come, in addition, there’s no memberships fees.