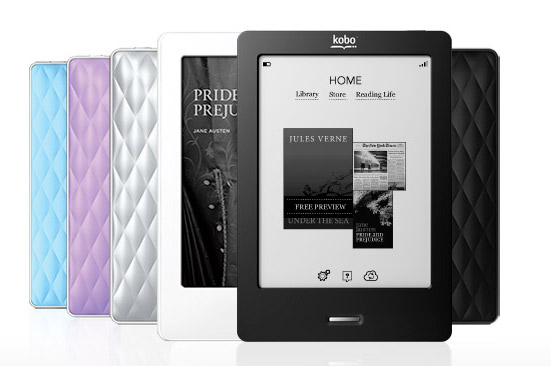 Earlier this week, a cheaper Barnes & Noble Nook Touch was revealed to the world. Now, it looks like the Kobo wants to do the same touchscreen thing with the announcement of the Kobo Touch Edition. And they got there one day earlier too.

You won’t get a full color touchscreen like how you get with the iPad or Nook Color; instead, it’s an e-ink touchscreen. The interface is pretty much what you’d expect with swipes to turn pages, for example, as well as the ability to highlight text, take notes, and bookmark. They’re also including an on-screen virtual keyboard for ease of text entry.

They’re also noting that it’s not the capacitive technology that you find on most smartphones and tablets today. They’re using an “infrared touch technology” instead, which allows you to use any object to touch the screen.

And it’s ten bucks cheaper than the Nook Touch too. The Kobo Touch Edition went on preorder on Monday for $129.99, dropping the regular Kobo down to $99.99 in the process. What’s interesting is that Amazon has yet to release a touch-enabled Kindle, despite being at the top of the heap when it comes to dedicated e-readers.