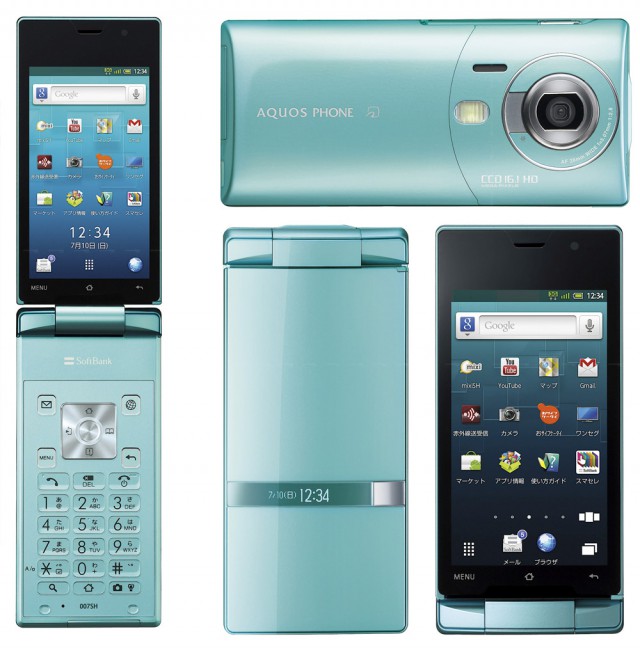 Clamshell phones were once considered to be the hip and happening design for cellphones, but the trend didn’t carry over to smartphones. Most love the sleek, thin bodies of smartphones, but there is a soul or two who might yearn for the satisfying flip open, flip close of clamshells. Well, flip phone lovers in Japan can rejoice, because it looks like the clamshell is making a comeback in the Far East. Sharp will release the world’s first Android clamshell phone fashioned after the good ol’ flip phones, with the Sharp AQUOS Phone; The Hybrid 007SH from SoftBank Japan.

Some of the highlights of the Hybrid 007SH include a 3.4-inch touchscreen, 1 GHz processor, 16-megapixel rear camera with 720p video recording mode as well as 3D photo and 3D video mode, and a waterproof body to save your phone from a dreaded toilet dive.

While North Americans probably won’t see the clamshell in stores, it’ll be interesting to see if it gains some fans in Japan who were reluctant to switch over to smartphones. Or, it might be completely ignored by consumers who prefer their smartphones the way they are and consider a flip phone Android to be an abomination. What’s your take? Flip or not to flip?