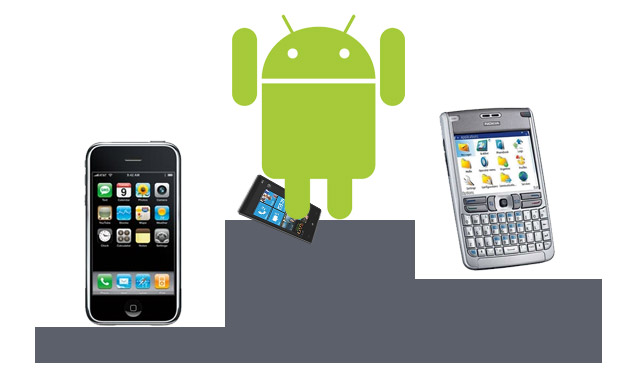 Android led the smartphone sales in the first quarter with 36 per cent of the market, surpassing Nokia’s Symbian, which was in second place with 27.4 per cent. Android had previously been behind Symbian at the end of 2010, with 22.7 per cent of the market while Symbian held 37.4 per cent. In third place of the first quarter was Apple’s iOS with 16.8 per cent, followed by RIM’s BlackBerry with 12.9 per cent and finally Microsoft’s Windows Phone 7 with 3.6 per cent.

Gartner predicted that worldwide smartphone sales will reach 468 million units in 2011, with Android taking 38.5 per cent of the smartphone market. Gartner’s prediction sounds about right and might even be too low of an estimate when it comes to both smartphones and Android’s growth.

On the manufacturer front, Nokia still holds first place with 25.1 per cent mobile devices sold, a drop from the 30.6 per cent share the company held in the first quarter of 2010. Nokia’s market share might start to rise once the company starts selling Windows Phone 7-based devices. Microsoft will unveil their Windows Phone 7 called “Mango” on May 24th. Samsung holds second place on the manufacturer front with 16.1 per cent of the market, followed by LG, Apple, RIM and other companies whose market share is lower than 3 per cent.

See the full report from Gartner.