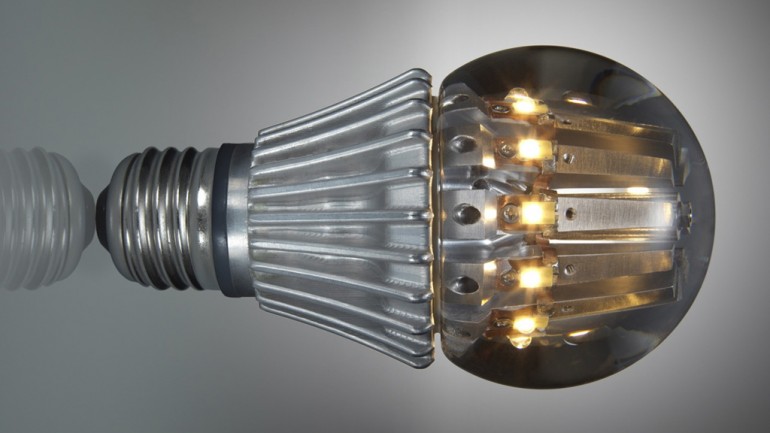 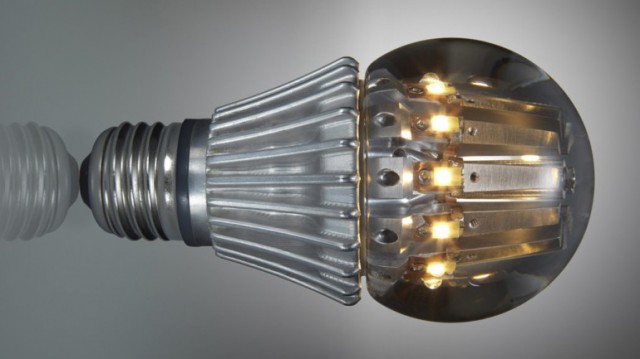 Switch Lighting claims to be the first company to introduce a true 100W-equivalent A19 incandescent replacement bulb that produces 1700 lumens in neutral white. Only 16W of power is consumed to obtain the 100W-equivalent, with an efficacy of 100 lm/W. The bulbs are dimmable, completely recyclable and have an average lifetime of 20,000 hours, that’s much better than the 1000-hour lifespan of an incandescent bulb, and 10,000-hour lifespan of a toxic mercury-filled Compact Fluorescent (CFL).

The bulb is equipped with technology that allows for maximum brightness with fewer LEDs by creating a self-cooling environment inside the bulb. As the bulb warms, the dome is filled with a nontoxic liquid that flows out towards the surface of the bulb and draws heat away from the LEDs. The heat is then able to dissipate evenly over the surface of the bulb and the liquid is drawn back in to repeat the process.

While there is no fixed price yet, Switch Lighting said its LED bulbs will cost much less than existing LED bulbs. An estimated figure of $20 to $25 for the company’s 75 watt equivalent bulb was given, which is much lower than other LED replacement bulbs currently available. Switch Lightbulbs will be available later this year and the company says it will also offer a warm white version of the 100W-equivalent bulb in late 2012. 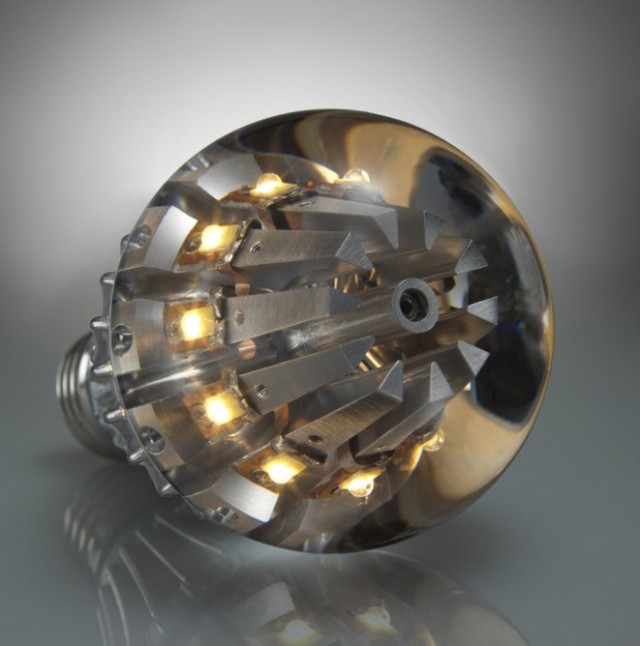