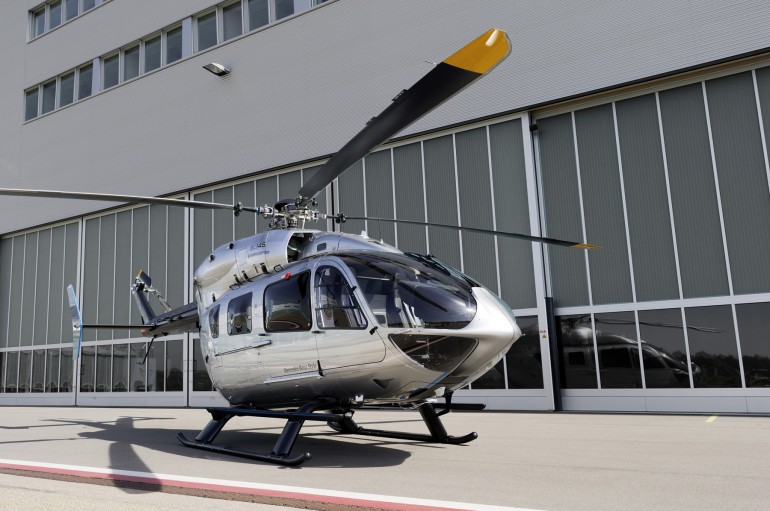 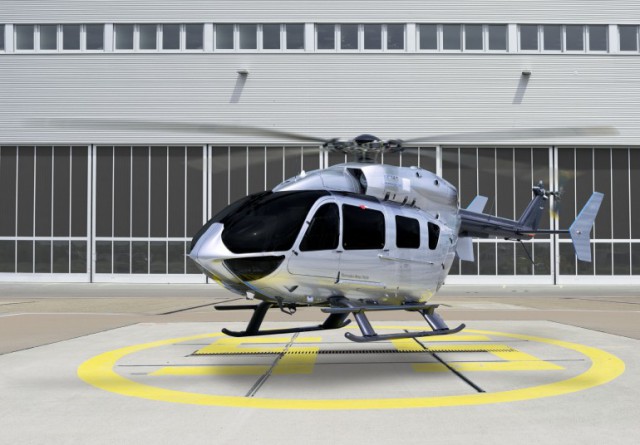 I thought flying around in a helicopter at all was already pretty highfalutin, short of you being involved in some sort of military mission, but the guys and gals at Eurocopter have taken it to another level. That’s because their EC145 chopper comes with Mercedes Benz style luxury.

Interestingly, that’s not just Benz in name. The interior design of the helicopter was actually created in the Mercedes-Benz Advanced Design Studio in Como, Italy. They were inspired by the luxury-class vehicles of Benz, taking that same level of comfort of high class to the flying saloon. 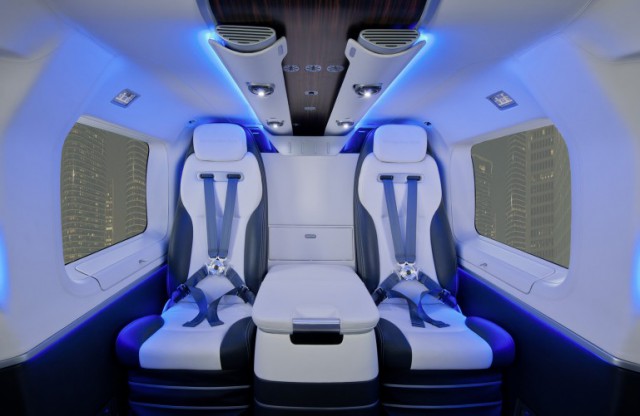 This means you get ambient cabin lighting, with multiple colors and brightness settings. They’ve also put the plush leather seats on rails, so they can be easily moved, removed, and reconfigred to suit the needs of the particular set of passengers. You can have anywhere from four to eight people inside, getting more or less room for luggage and so forth.

The Eurocopter EC145 was shown off at last year’s European Business Aviation Convention & Exhibition (EBACE) as a concept and now, at this year’s show, it’s ready to take orders and hit the corporate retail channels. And if you have to ask how much it costs, well, it’s probably more than you can afford.