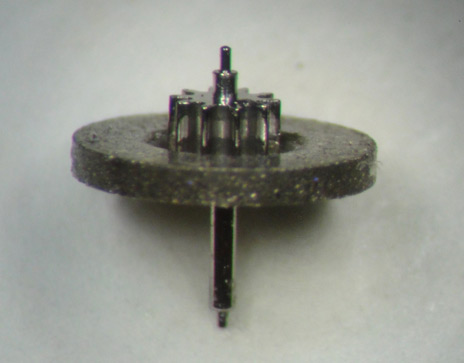 Researchers in Switzerland hope to create self-powered pacemakers and other electrical devices that use small turbines designed to fit inside a human artery, working like a blood-powered hydroelectric generator.

The researchers at the University of Bern and the Bern University of Applied Sciences claim that the heart produces around 1 or 1.5 watts of hydraulic power, and the device would need only one milliwatt. They conducted a trial in which a tube is designed to mimic the internal thoracic artery, a millimeters-wide vessel that surgeons often use for coronary artery bypass grafting. The prototype was tested in the tube and managed to produce around 800 microwatts. It could run devices that require much more power than a pacemaker, which only needs around 10 microwatts.

The turbine could power blood-pressure sensors, drug-delivery pumps, or neurostimulators. These devices are already implanted in some people, but require a replaceable battery or a cable to keep the power flowing. A major concern, as with any device implanted in the heart, is avoiding blood clots due to the turbulence caused by the device. The researchers will go back to the lab to tweak and rework the design to prevent the risk of blood costs. Hopefully they can improve the current design to prevent the need for patients to take clot-reducing drugs that often have serious side effects.