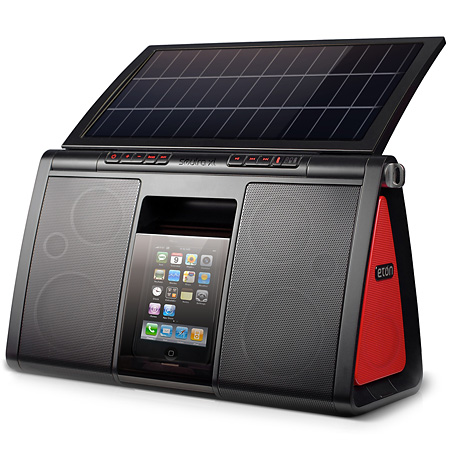 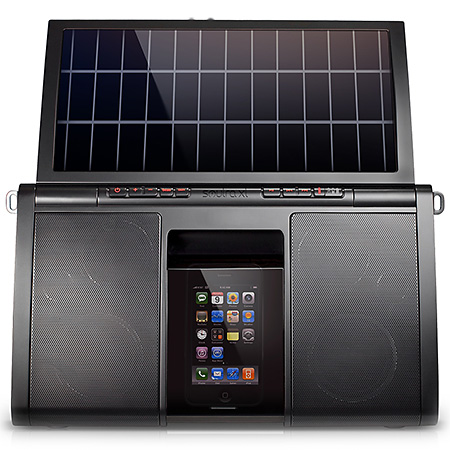 Eton’s cordless, solar-powered boombox, the Soulra XL, is now available for pre-order. The Soulra XL has a 72 square inch monocrystal solar panel and a rechargeable lithium ion battery pack, and can be fully charged in five hours giving five hours of play, and can charge an iPod or iPhone while its blasting your iPod’s tunes.

The Soulra XL is twice as fast as the previous model, and is outfitted with eight speakers and an additional bass boost. It comes with a remote control and a gel-cushion carrying strap, so you can throw it over your shoulder like a bag.

The boombox doesn’t come cheap at $300, but it’s cordless, is a renewable energy sound system, and isn’t too bad to lug around at seven pounds. Provided you’re going to a sunny destination and willing to cough up $300, it would be perfect for the pool side, beach or even the patio on those lazy summer days.