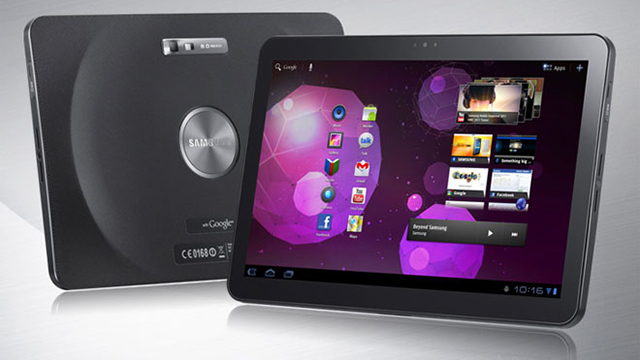 Holy smokes. You know how everyone went gaga over the Retina Display on the iPhone 4? Now imagine having that kind of pixel density on a tablet-sized device. Yes, this display is for real and it’s coming from Samsung.

Even though the screen is a fairly standard 10.1-inches across the diagonal plane, it boasts an enormous resolution of 2560×1600 pixels. That’s higher than just about every standard computer monitor that you’ll find on the market today. Remember that a 20-inch monitor is actually four times the size of the 10.1-inch tablet, even though in this case it’d only have about half the number of pixels.

To be fair, this is “just” a pixel density of 300ppi (pixels per inch), compared to the 326ppi on the iPhone 4. That said, the iPad 2 only has a pixel density of 132ppi. To achieve the 300ppi mark, Samsung is using the same kind of PenTile RGBW technology as that used on the Nexus One (which had 254ppi). Some said PenTile made for blurry text and color banding, but the hope is that Samsung has improved on the tech.

Just as Samsung kept most of the beautiful Super AMOLED goodness for its own stable of products, we’d think that they’d implemented this tablet “Retina Display” for its Galaxy Tab. Then again, Apple is one of Samsung’s biggest customers and I’m sure Cupertino would want to say they’ve reinvented the Retina Display all over again. They just have to get over that lawsuit thing.

In any case, the new display should show up in tablets “later this year.”