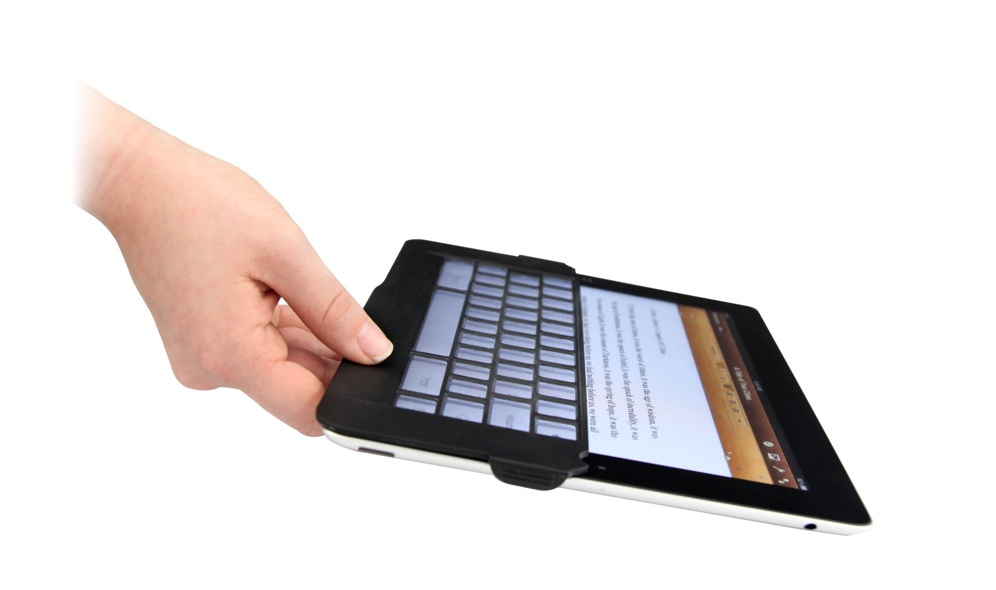 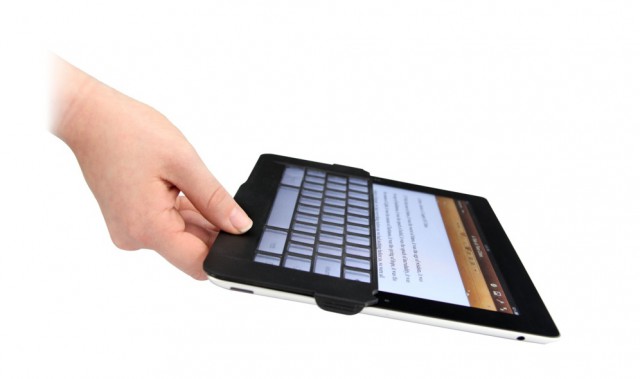 The large touchscreen on the iPad might be great for some things, but it might not be quite as great for others. We still want physical feedback. We still yearn for physical controls. And that’s where the iKeyboard from Cliff Thier comes into the picture.

It’s hard to touch type on the iPad’s on-screen keyboard, because you type a key as soon as you touch the screen. There’s no physical feel to it. The iKeyboard is an overlay that goes over the keyboard and gives you similar sensations to what you’d get with a conventional keyboard. The feel should help you reduce typos and enjoy tactile feedback.

“But why not just use a Bluetooth keyboard?” Well, that’s just another thing to carry. This slip-on overlay is certainly less bulky and easier to bring around with you. Add this to the JOYSTICK-IT and the iPad is becoming even more multifunctional and multi-purpose than ever.

If you want to see the iKeyboard become a reality, back Cliff Thier on his Kickstarter page. With a month and a half to go, he’s already easily surpassed his $4,000 goal, though I’m sure he’d appreciate a few more bucks if you are interested in it.