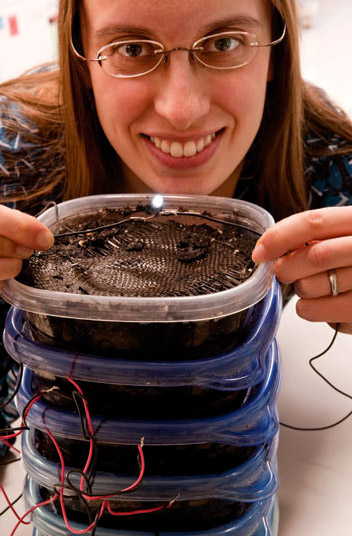 In Sub-Saharan Africa, 22 per cent of households have mobile phones. People who live in remote areas benefit from mobile phones as they can use them to contact health care practitioners, or use health care apps and stay connected with their family and friends. Yet over 500 million people living in the region lack power in their homes. Many people have to walk long distances to charging stations, paying between 50 cents and a dollar per charge. While solar chargers are one alternative, they can be costly, and are often not even offered due to the lack of repair opportunities.

A team from the Harvard School of Engineering and Applied Sciences  might have a solution. The team received a $100,000 grant from The Bill & Melinda Gates Foundation to work on a microbial fuel cell-based charger; a mobile phone charging system that gets its power from microbes in the soil. The device incorporates a conductive surface, that harvests free electrons created by naturally-occurring soil microbes during the course of their metabolic processes. The device has managed to power LED lights in a lab for 14 months. Once the device is ready for development, two researchers from the team will go to Africa to conduct a field study.

The team hopes that Africans will be able to assemble the chargers from readily-available materials like window screens and soda cans, and should be able to fully charge a phone within 24 hours.