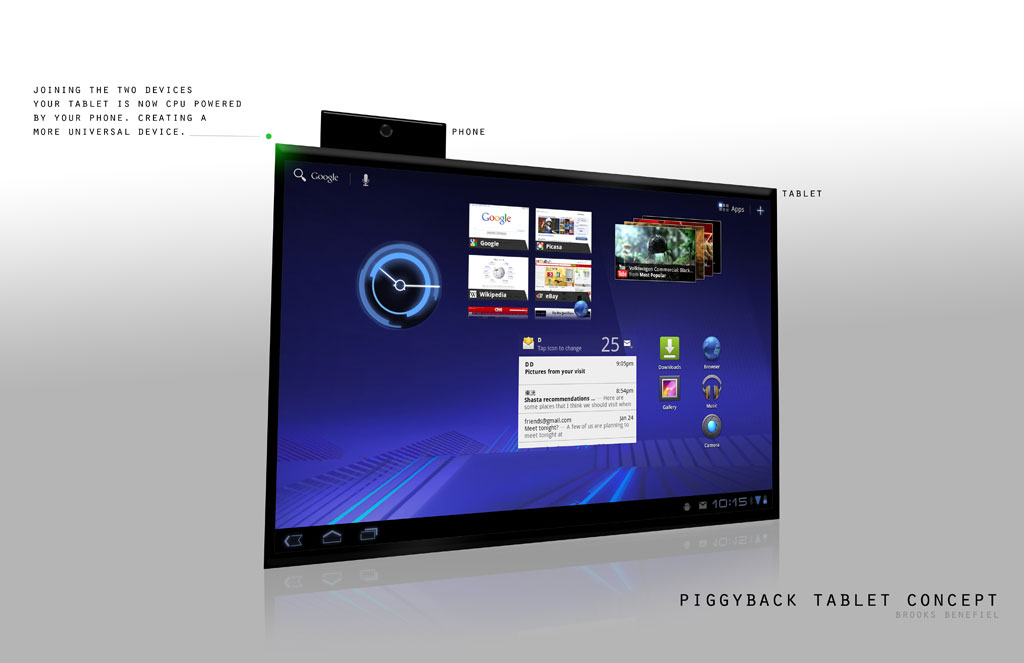 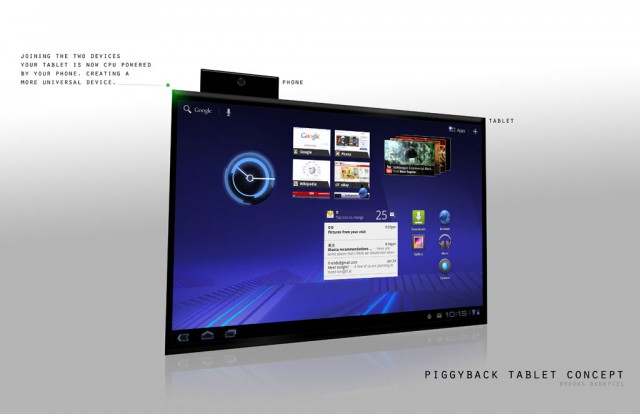 The Piggyback Tablet concept uses a smartphone to power a tablet and netbook computer. While Motorola’s Atrix 4G smartphone has an optional laptop dock, the phone only becomes a netbook when plugged in, whereas when plugged into the Piggyback, the phone becomes both a tablet and a netbook. The Piggyback contains three different pieces, including the smartphone, tablet-sized display and keyboard. When the smartphone is clipped onto the display, the device becomes a tablet. When the keyboard is attached to the tablet, a netbook is created.

Not to mention it would be cheaper to purchase one item instead of two. Potential concerns include that the combination of the phone and netbook might pale in comparison to the speed and functions of a real laptop. As well, certain phones, like the Atrix 4G itself, are designed to be used with touch screens, which might make the switch to keyboard slightly awkward.

We’ll see if the Piggyback Tablet concept gets picked up. Maybe Motorola will take the Atrix 4G one step further.