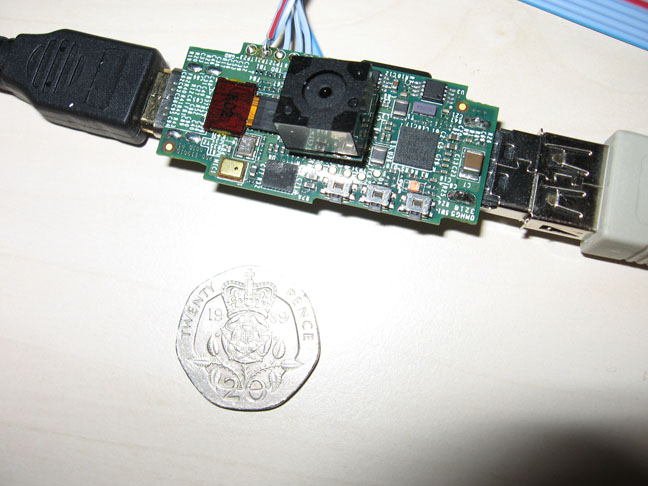 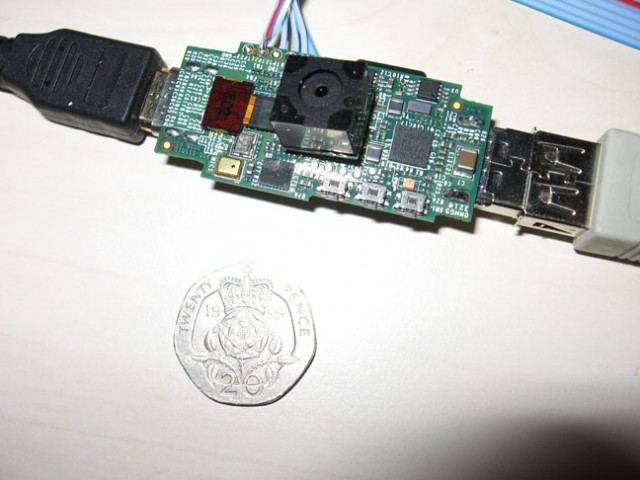 A UK developer has taken the wraps off his project to change the world learns. We saw it once with OLPC, where affordable laptops that could be used in schools around the world to educate less fortunate children. Now, David Braben of Frontier Developments has unveiled a prototype of a $25 computer that is the size of a USB stick. We hope this isn’t a hoax like the $35 Android tablet.

Braben’s plan is to have them mass produced by a company so that they can then be given away at schools to children. The mini-computer has a USB port for a keyboard and an HDMI port to output video to a monitor. The OS is Linux Ubuntu and with a 700MHz ARM11 processor on board with 128MB of RAM and OpenGL ES 2.0, the 1080p output would allow students to do everything from surfing the web, checking email and working on documents and spread sheets. The computer also has a 12MP camera for video conferencing and an SD expansion slot.

David Braben explains the raspberry PI scheme designed to give a £15 computer on a stick to every child. He is talking to the BBC’s Rory Cellan-Jones.