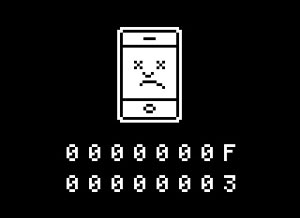 Perhaps the biggest reason why you’d want to avoid jailbreaking is the possibility of stability issues. The jailbreaking process can cause things to “break” and not work as you’d expect them to work, and then you’re left with troubleshooting on your lonesome. Further still, since you’re opening up your iDevice to unauthorized alterations, you could be opening up vulnerabilities for hackers to get their way in there too.

You’ll also have to wait longer for iOS updates, since you have to wait for the jailbreak for the new version to come out first. That’s happening faster than ever, (although the iPad 2 jailbreak is still unavailable) and it’s troublesome, not to mention the increased need to restore more often. This includes not only an iOS restore, but also all your apps, music, photos, videos, and other content.

And yes, even though you might be jailbreaking to gain access to some cool apps, the best apps in Cydia aren’t exactly free either; in fact, they can cost more than an iTunes-sanctioned equivalent. Jailbreaking might not be all its cracked up to be, so weigh the benefits against the headaches to figure out if you still want to do it. Coincidentally, according to Dev-Team, it seems Apple have not patched the most recent exploits, going on number three.

… three in a row! Apple released iOS 4.3.3 on Wednesday, and once again the untethered jailbreak exploit that @i0n1c created for 4.3.1 still works. That makes it an unprecedented three firmwares where the same userland exploit works. We’re not exactly sure why Apple hasn’t fixed the hole yet, but we’re not complaining!

Have they given up on the jailbreaking community? It’s not even illegal, so it’s not like Apple could ever recoup any losses from a lawsuit. And why would they go and sue their own users?