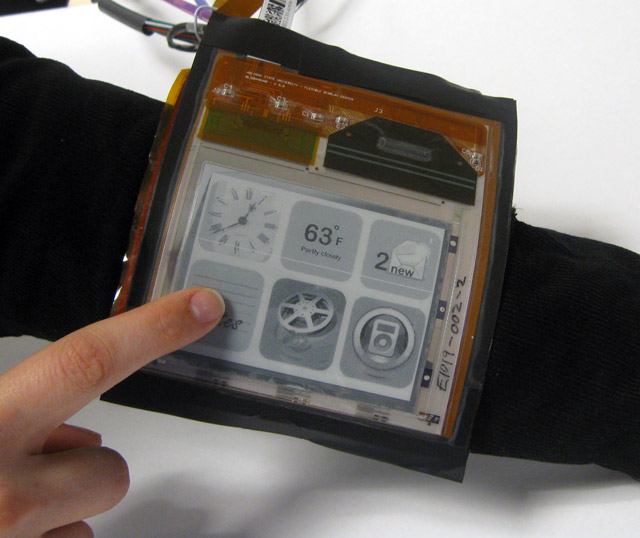 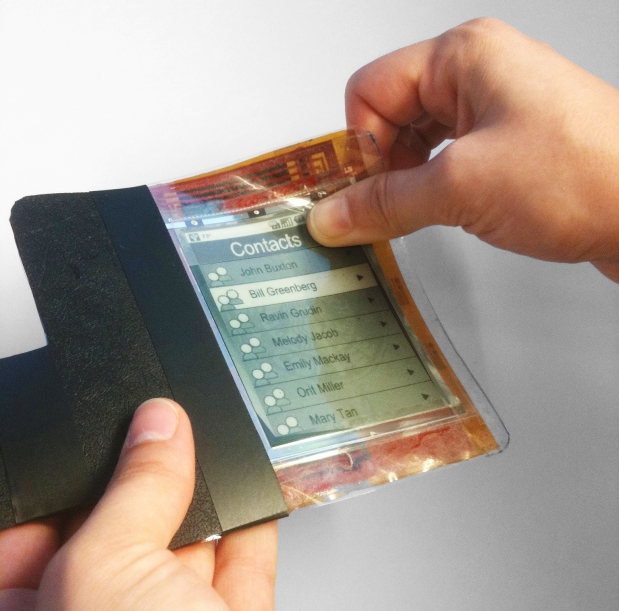 We’ve seen e-ink displays before. We’ve seen flexible displays too, but this is the first time that we’ve really seen the two put together in the context of a smartphone concept. Scientists at Queen’s University in Ontario have come up with just that, and they call it the Paperphone.  As you can probably gather from its name, the Paperphone is quite possibly the world’s first paper smartphone. The idea is that you get the same kind of functionality as an iPhone in a flexible piece of translucent paper, powered with similar e-ink technology as you find in something like the Kindle. The difference is this is flexible.  To make matters kind of strange, you don’t necessarily “tap” or “touch” the various displayed elements to make a call or play music. Instead, you bend and curve the 9.5cm (3.74-inch) display a certain way. According to professor Roel Vertegaal, the Paperphone is like a flexible conference badge in size.

I don’t buy into the projection that “all phones [will] be like this within five to 10 years,” but it is a fascinating form factor to consider. Imagine all the accidental calls you’ll make when you sit on the paper smartphone! This prototype is said to have cost $7,000 to build.