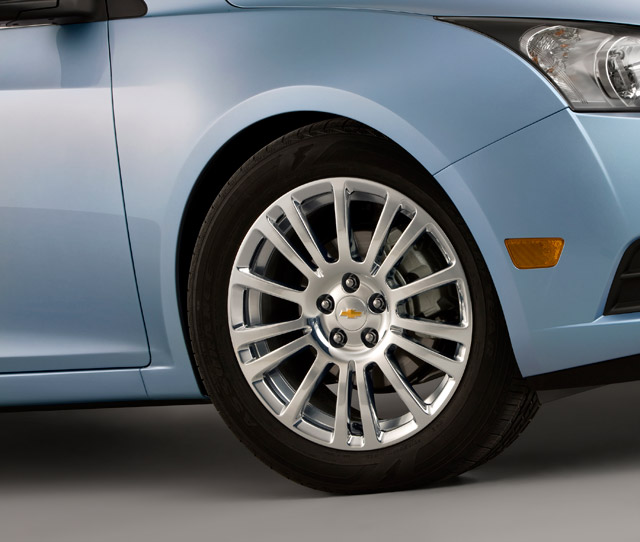 Chevy’s got a quick solution for rising gas prices – new tires! The tires, designed for the Chevy Cruze Eco, boost fuel efficiency by three miles per gallon. That’s 38 extra miles on a tank of fuel. According to Chevy, the new tires will save big bucks – about $112 a year.

The Cruze Eco tires make use of special polymers built into the tread compound to reduce rolling resistance, which means less energy is required to keep the tire moving. This is not the first type of tire that reduces rolling resistance. Yokohama Rubber based in Japan has been creating low-resistance tires for years, and in 2007 introduced such tires for heavy trucks.

A good question is how much the new tires cost. With some sets of tires coming in at almost $1000, would it really be worth it to buy the tires? There’s a chance that in 10 years you’ll need a new car altogether, meaning you didn’t save much with the purchase.

And last time I checked, buying things didn’t save me money. The Cruze Eco’s suggested selling price is $19,175, and it comes with a nice green ‘Eco’ logo on the back. Although, according to Transport Canada, low rolling resistance tires can improve fuel consumption and greenhouse gas emissions by up to three per cent.

In other news, taking the bike out of the garage saves you $19,175 plus the cost of gas and new tires in a year.