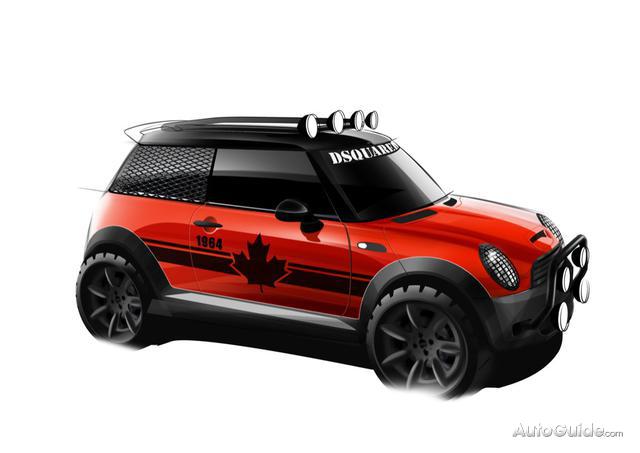 We’ve seen Mini expand its lineup of cars quite substantially in recent years, adding doors and stretching the chassis. This isn’t going to be a production vehicle, but the Mini “Red Mudder” is being offered for sale through a charity function.

As you can quite plainly see, the Red Mudder is a fair bit more rugged than its more conventional counterparts. That was the vision by designers Dean and Dan Caten, who go by DSquared. And yes, the car bears their name as well as the maple leaf on both doors.

The Red Mudder take on the Mini Cooper S is being sold through the Life Ball annual charity event, raising money for those affected by HIV/AIDS. Last year, a Mini designed by Francisco Costa of Calkin Klein sold for $61,000. This mudder just might sell for more.

Unfortunately, it has nothing to do with the classic Seinfeld clip where Kramer learns that not only was his father a mudder, but his mother was a mudder too.