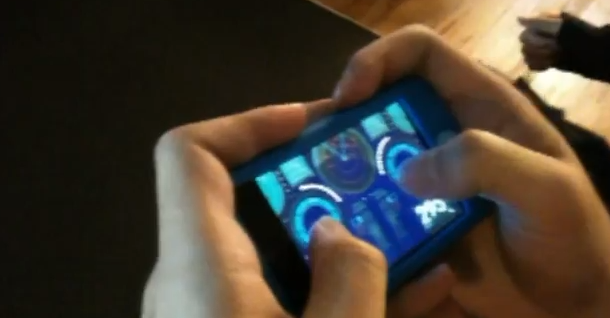 Sort of. It’s unlikely that we’re going to get Apple and Microsoft to co-operate on a joint project any time soon, but that’s not stopping a couple guys from Singapore from developing their own game that utilizes products from both companies.

The graphics, by today’s standards, are pretty terrible and they look like a really old and crappy build of the Pod Racer section of Phantom Menace (plus Gatling guns), but the concept is pretty novel. You might even say it’s better than controlling a Roomba with your Wii Remote.