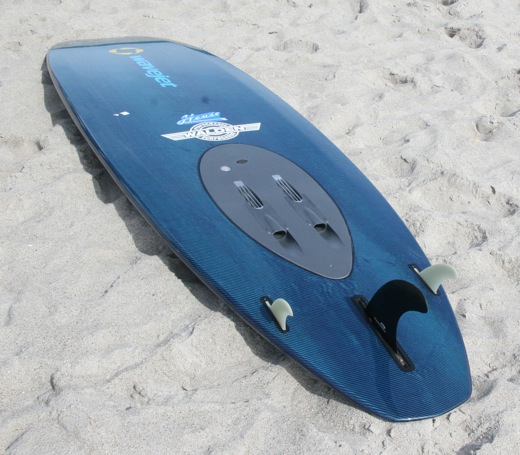 Thanks to my notoriously poor sense of balance, I’ve never been surfing. Even so, I imagine the part where you catch the wave is a lot more fun than the part where you have to paddle back out. Thanks to the WaveJet, that second part could become a thing of the past.

Instead of having to use those flappy appendages attached to your shoulders, you can just let the WaveJet push you out to the fun part on its own. This paddle-free surfboard is battery-powered and can get up to 20 pounds of thrust. That should be enough to reach speeds up to 12mph for 40 minutes at a time, getting you out there and catching waves in no time. Remember that’s about three times faster than the average person can paddle.

In order to provide you with the easier transport away from the beach, though, you have to deal with having an extra 15 pounds attached to your surfboard. That could prove useful for stability (good for people like me with bad balance), but the heavier weight could also make it harder to maneuver. Same idea as with a road vehicle.

The other downside? The WaveJet is pretty expensive at $4500.