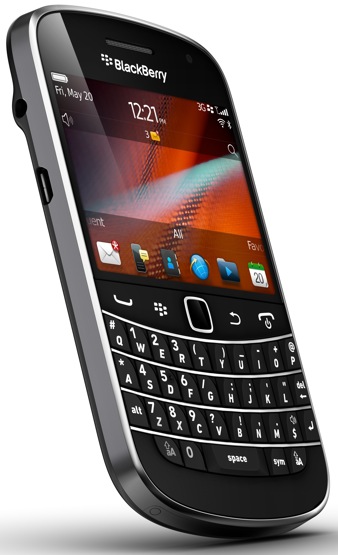 If you were just to look at the new BlackBerry Bold 9900 and Bold 9930, you probably wouldn’t think much of them. They look a heck of a lot like existing Bold phones, except that they happen to be a fair bit thinner at 10.5mm. However, it’s the stuff under the hood that’ll have RIM fans interested.

For starters, Research in Motion is sticking to its NFC commitment by plunking the wireless tech into these two phones. They’ll also come pre-loaded with the new BB OS7, which includes a full version of Docs to Go, as well as improve browsing, voice searches, and other tools.

The Bold 9900 and 9930 are powered by speedy 1.2GHz processors to better match all the super fast Android phones out there. Everyone is doing at least 1GHz these days. Aside from that, you get the same old trackpad and QWERTY keyboard, but the regular display has been swapped for a 2.8-inch touchscreen. A 5MP camera with 720p support rounds out the package.

Yes, they might not look all that different from the Bold 9700, for example, but these new Bolds carry a few extra tricks for the enterprise-leaning crowd. The 9900 handles tri-band HSPA+ and GSM/EDGE, whereas the 9930 goes for dual band CDMA/EV-DO Rev.A, dual-band HSPA+, and quad-band GSM/EDGE.