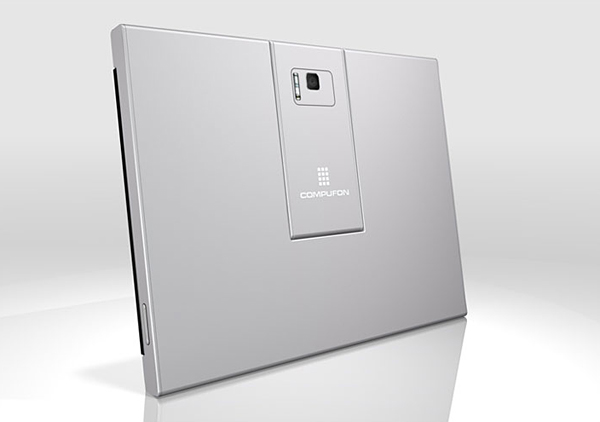 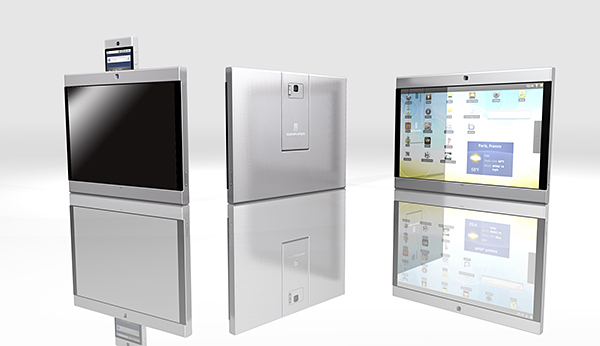 The comparison is undeniable and inevitable. The Compufone Smartphone, at least in concept, sounds a lot like the Motorola Atrix. It’s a smartphone, but it’s also designed to power a couple other docking devices too.

Rather than offer a Multimedia Dock like the Atrix, the Compufone has a tablet dock. Shove your smartphone in there and you get a 10-inch multi-touch tablet. Interestingly enough, the tablet comes with a Bluetooth headset, so you can keep chatting too. And again, everything is powered by the phone rather than by the dock. 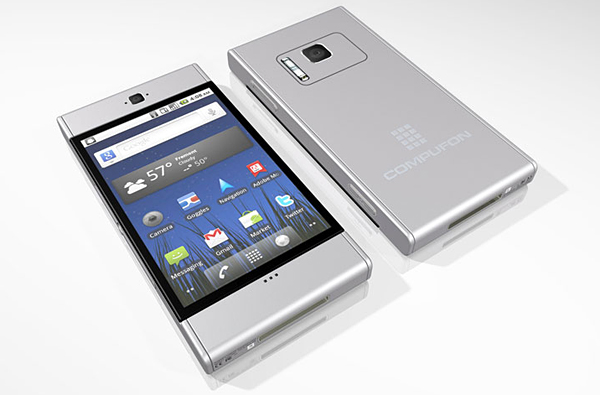 To get the netbook experience, you combine the Compufone and the tablet dock with a keyboard dock. The screen from the tablet becomes the screen for your pseudo netbook.

Boasting an almost iPhone 4-esque industrial design, the Compufone itself gets a four-inch AMOLED display, Nvidia Tegra 2, 5MP camera, front-facing VGA camera, NFC, aGPS, and 16 gigs of flash memory. It’ll run on Android, but they haven’t decided on which version.

This all sounds terribly intriguing. I just hope that Kosmaz doesn’t follow Motorola’s footsteps for the accessory pricing. That, and trying to sell a device without a recognizable brand name is going to be quite the challenge. Look for the Compufone to launch in Q4.