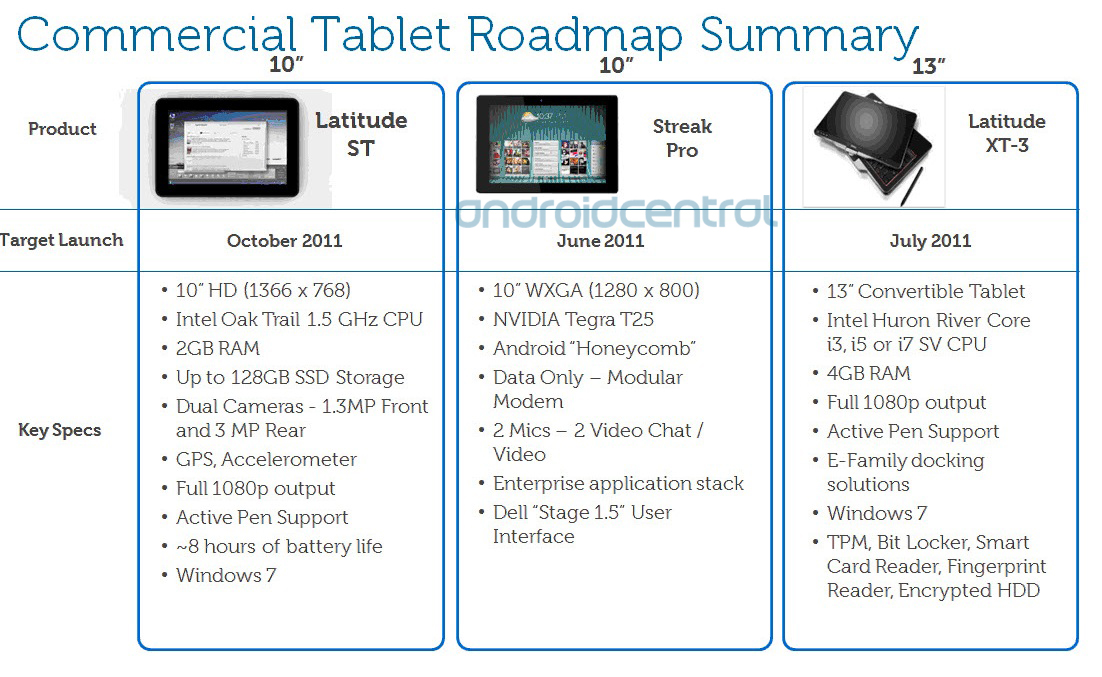 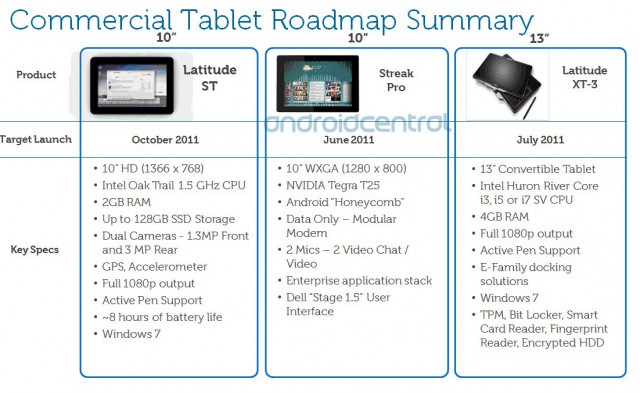 Everyone is getting entrenched in the tablet game for 2011, hoping to knock the iPad out of the top spot (or at least carving out a sizable slice of the pie). What’s Dell doing? Well, we’ve got the leaked roadmap for at least three new devices.

Dell already has the five-inch Streak out there, but a larger 10-inch (1280×800) Dell Streak Pro is slated for launch in June of this year. That’s still some ways out, but we’re hearing it’ll rock Honeycomb, Stage 1.5 UI, and a Tegra 2 processor. This pretty much puts it on par with some of the offerings from LG, Samsung, Motorola, and others.

I’m not sure if this is still the brightest move at this point, but Dell is also planning a 10-inch Windows-powered tablet called the Dell Latitude ST. I suppose this will cater more to the enterprise market with its active pen support. Other highlights include the 1.5GHz Intel Atom Z670 Oak Trail processor, 1366×768 resolution, up to 128GB SSD, dual cameras, 1080p output, and Windows 7. Expect that in October.