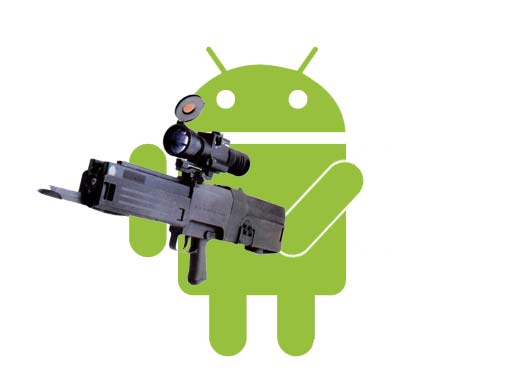 It’s not quite the same as Skynet going live with its cybernetic organisms, but we are inching that much closer to Judgment Day. The Mobile/Handheld Computing Environment (CE) is essentially a military Android framework.

The development kit, set for release this July, will allow third parties to create apps that can actually be used by soldiers in the field of battle. The eventual combat-ready Android smartphone will be called the Joint Battle Command-Platform (JBC-P) handheld device.

Not surprisingly, the mobile device will have a “ruggedised tactical sleeve or case” to protect it from the tough environment it’s bound to face. They’ll also outfit it with a series of existing military radios, like the GTRS, Netted Iridium satellite, and PRC 117G, as well as TIGR map-marking and OpenOffice.

Now we just have to see if this handheld will transform into a tactical robot for transversing hostile environments, all while having a glowing red eye and a gun at ready.