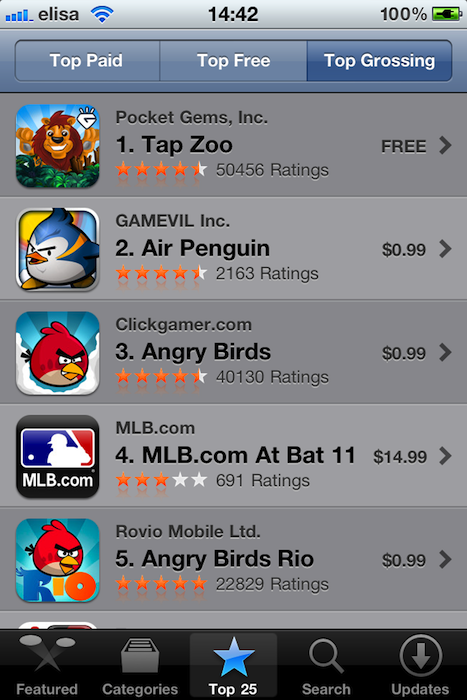 Whether you take a look at the iOS App Store, the Android App Market, or the BlackBerry App World, you’ll find that quite a few of the most popular apps happen to be free. Even so, it looks like paid apps are on the rise and they account for more downloads than you might think.

According to the Yankee Group, a full 27% of all apps downloaded in 2010 were of the paid variety. I’d imagine that a sizable proportion of these are in the $0.99 range, but that’s still a buck per download. The Yankee Group report goes on to predict that this number will rise to 32% by 2015 with the growth burgeoned by carrier billing.

Right now, you typically need to set up an iTunes account, a PayPal account, or provide credit card information if you want to download a paid app. In fact, in 2010, only 7% of paid apps were purchased via carrier billing. That proportion will apparently increase to 25% by 2015, making it so much easier to get yet another version of Angry Birds. It’ll likely be easier for app developers to make money too.

The biggest area for growth will be in the Asia-Pacific region. While 94% of app downloads were from the United States in 2008, that’s shrunk down to just a third. Today, almost half of all downloads are from places like Hong Kong and Seoul; Asia is huge and it’ll represent a sizable chunk of the estimated $36 billion to be spent on apps in 2015.

Who said you can’t make money a dollar at a time?