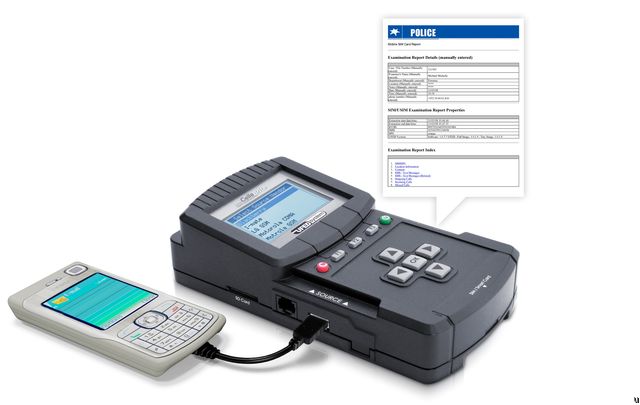 As if being able to track your every move wasn’t scary enough, it looks like there is yet another way to learn just about everything about you. Thankfully, the Universal Forensic Extraction Device (UFED) is being provided only to law enforcement. Then again, bad guys could probably swipe one of these too.

Basically, a range of different cell phones can be plugged into the UFED and the device will be able to quickly grab your contact information, messages, stored photos, calling history, and all sorts of other data that could be used against you in a court of law. The kicker is that it’ll scan for deleted and hidden files too, just in case you thought removing those incriminating photos and texts could save you.

“But I have a password.” Tough luck. The next model of the UFED will be able to stomp right on by the password lock on Android and iOS devices. Maybe it really is in your best interest to get a phone off the beaten path with an obscure proprietary data connection. Then the coppers will have a much more difficult time accessing your data.

Will this become standard equipment next to the radar gun and breathalyzer? I somehow doubt it, but it could be added to the arsenal of tools that CSIs bring the scene. It’s not quite as impressive though as the quick chip clone Jason Bourne did on the CIA lady’s phone in Bourne Identity.