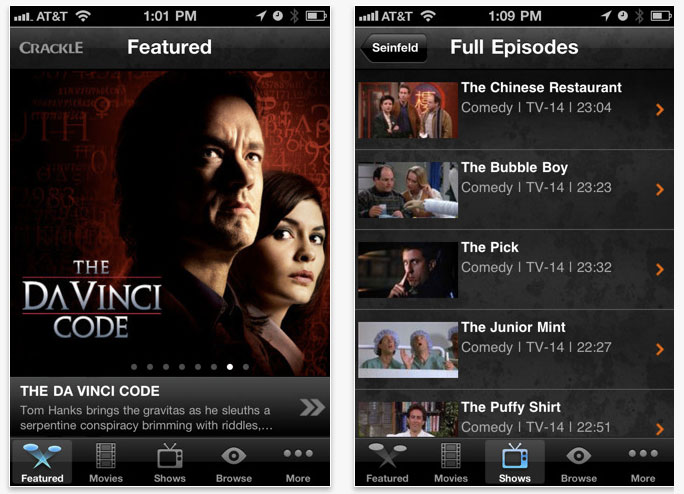 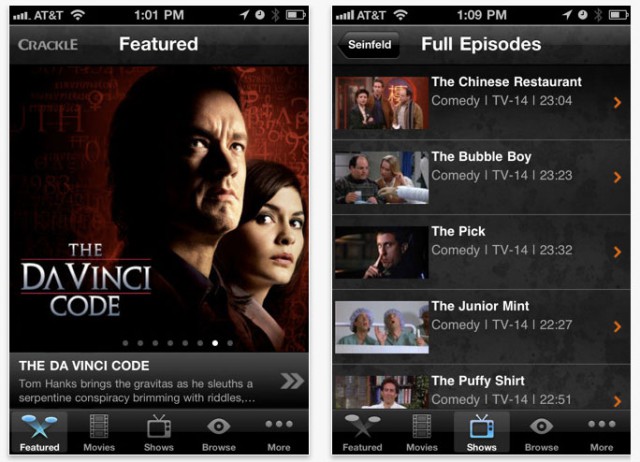 Sure, streaming media is nothing new. You can do that with no problem at all on Hulu or Netflix. However, there’s just something to be said about free, and that’s exactly the appeal of the Sony Crackle app for iPhone and iPad.

We’re not talking about random unauthorized clips from YouTube. The crazy thing about Crackle is that you can watch full feature length movies and television shows from major studios. Go ahead and watch everything from The Da Vinci Code to classic episodes of Married with Childen. Before Modern Family, Ed O’Neill was Al “Four Touchdowns in a Single Game” Bundy.

The app, which probably looks better on the iPad than the iPhone, comes with content from Columbia Pictures, Tri-Star, Screen Gems, Sony Pictures Classics, and other sources. Because it is free, Crackle is supported by ads. That’s a small price to pay to get that much free TV and movie watching, right?

Now, we just have to see if Sony will extend the Crackle love to the Android (and other) owners in the audience.