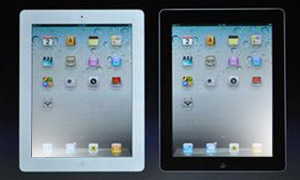 Ever since the Apple iPad 2 broke cover last month, there have been reports of backlight bleeding and confirmed in our tests. So, you’d think that Apple would try to do something about it and now it seems that they are shopping for new suppliers.

There’s word that Everlight of Taiwan has sent some of its product samples over to the folks in Cupertino for testing. Everlight manufacturers a range of LED-based products. While I doubt that Everlight will become the exclusive supplier, it could help Apple keep up with the burgeoning demand for the iPad 2.

And hopefully, somewhere along the line, they deal with that backlight bleeding problem too. After all, with an expected 45 million iPad 2 tablets shipping this year, Apple will want to make sure it’s supply chain is nice and supple.