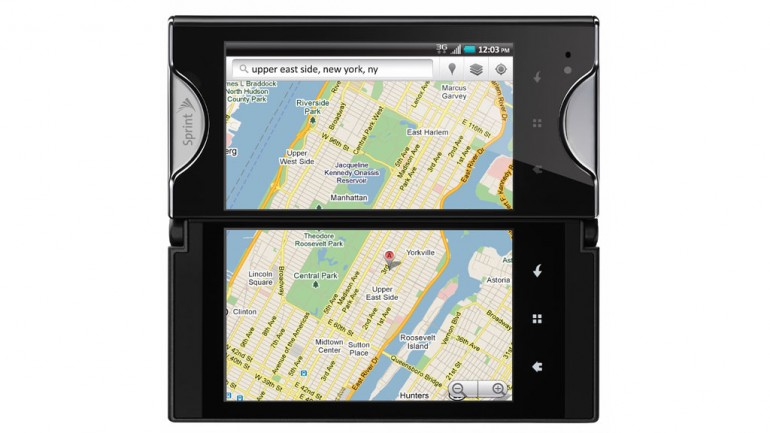 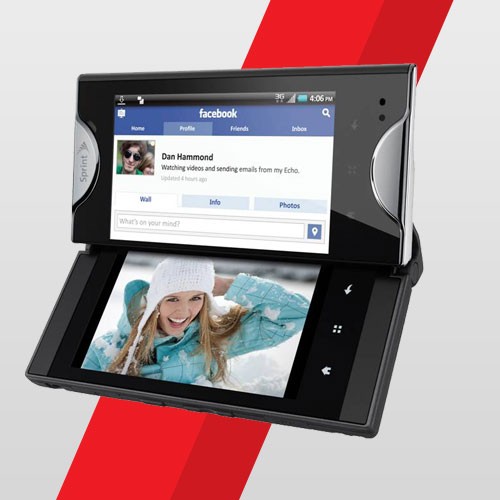 As expected, Sprint is now offering the dual-screen Kyocera Echo to the Sprint customers in the US. The dual 3.5-inch WVGA touchscreens are obviously going to use alot of power, but when you’ve got two screens and your best bud has only one, who’s worried about battery life? Right? Although the specs say you should get seven hours of talk-time, that’s not going to be a whole lot of media and gaming action combined with that 1GHz QSD8650 Snapdragon processor.

Kyocera’s “Simul-Task Mode” is a feature that allows a seperate app to be displayed on each of the screens. Obviously since it’s still in its infancy, there’s not going to be a whole lot of support out there yet. But it’s nice to know the SDK is out in the wild and allowing developers to create dual-screen support for the apps. What kind of adoption this will get is a guess, and your guess is as good as mine. It may just be a novelty item, but Kyocera is definitely taking a shot at standing out in the crowded smartphone world.

You can grab an 8GB Echo with 5-megapixel camera, 720p video support for $199 on a two-year plan from Sprint. 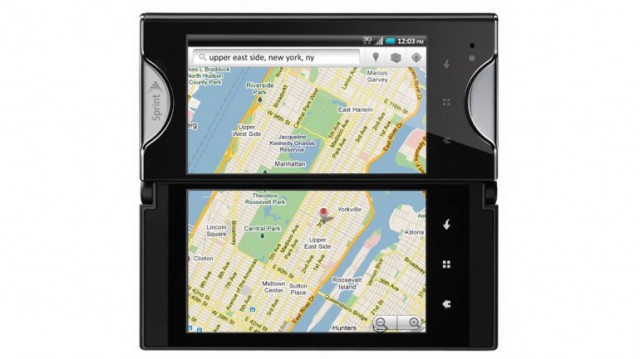