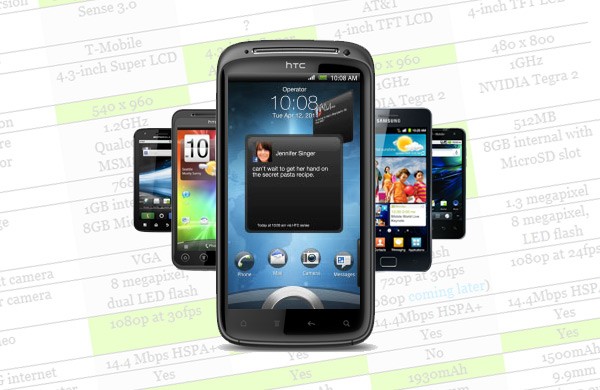 It’s not enough just to have a 1GHz processor anymore. The new name of the smartphone game is dual core processing, so how does the recently revealed HTC Sensation 4G hold up against the other dual core competitors?

Engadget has put together a handy chart that pits the Sensation, spec for spec, against other Android phones that are very muc like it. Among the comparison are the Samsung Galaxy S II, Motorola Atrix 4G, LG Optimus 2X, HTC Evo 3D, Motorola Droid Bionic, and LG Optimus 3D. 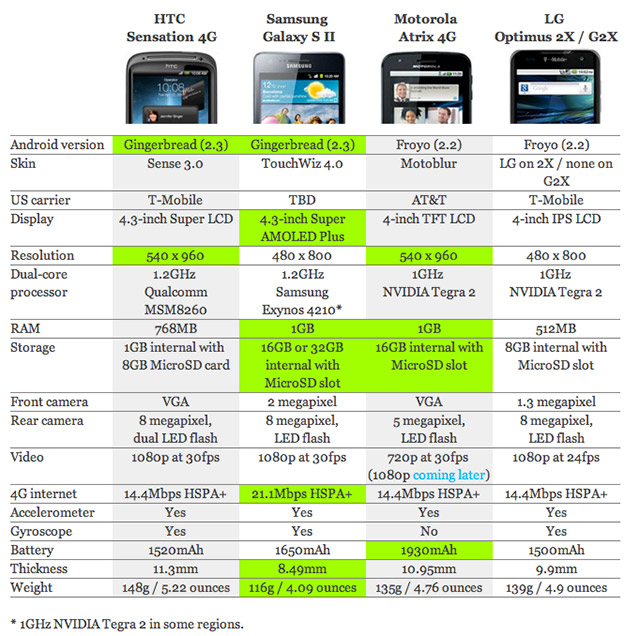 On the bright side, it comes with Gingerbread 2.3 out of the box, an 8MP camera, and an extra speedy 1.2GHz Qualcomm MSM8260 processor. Of course, specs are just specs, so we’ll have to see how it really stacks up against the rest in the real world. After all, the mere 800MHz (single core) processor in the Desire Z was able to outperform many of its 1GHz brethren. 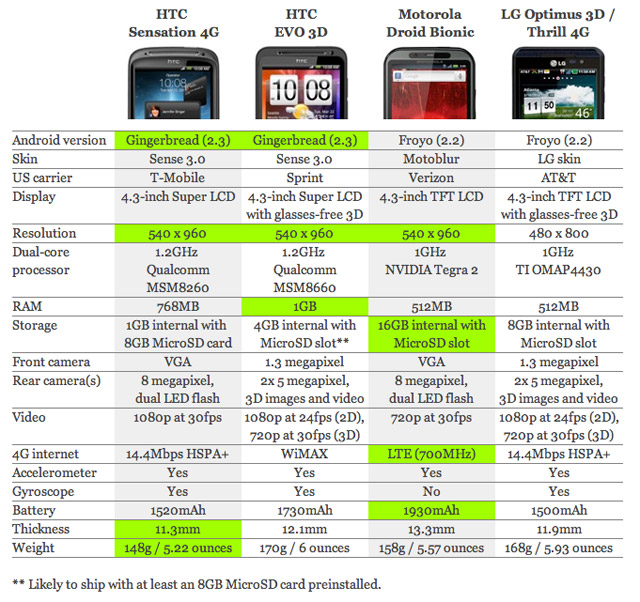 Click to know more about the new Droid Incredible 2 from Lets Talk.