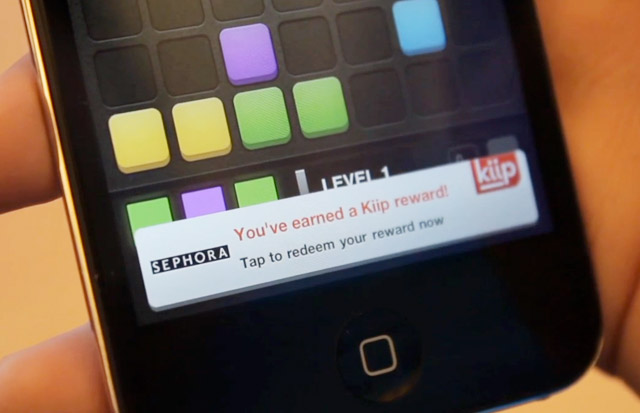 I met Brian Wong a couple of years ago. Although he was quite young, he seemed like a very smart guy at the time. And now his genius is coming to fruition with the launch of Kiip.

Pronounced as “keep,” Kiip is a different way of thinking about mobile advertising. Instead of having ad banners flash about inside your game of Angry Birds, you get real world rewards for in-game achievements. Hit the high score on a stage? Get a free bag of chips. You just click on the pop-up when you hit that achievement.

The idea is to capture the same sense of satisfaction people get when they earn an Achievement on the Xbox or a Trophy on the PS3. Wong and his team already have 15 launch partners for this, including Vitaminwater, Sephora, Sony, and GNC. It really does seem like a unique concept to consider in the mobile space.

The trouble, then, is overcoming the “is this a scam” mentallity that goes along with our previous Internet experiences. Click on the monkey to get a free iPod? I’m sure we’ve all seen variations of that, right? Kiip is indeed legit but may need some time to get past that skepticism.