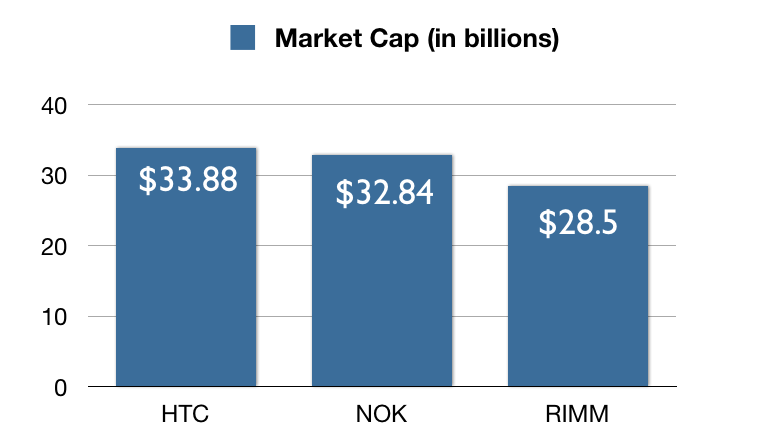 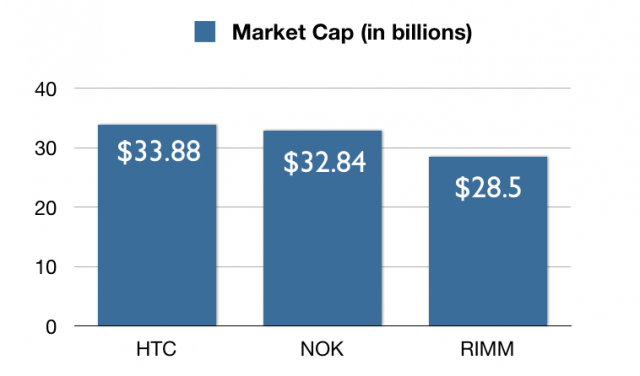 It’s not at all like HTC suddenly came out of left field. The Taiwanese company has been making smartphones well before anyone even knew of the HTC name, but Android has really helped to skyrocket this little engine that could to the top. In fact, it just surpassed Nokia in market capitalization.

To be fair, market capitalization isn’t exactly the best measure for the size or success of a company. It simply represents the value of a company’s shares that are available on the market. Not every company has the same proportion of its overall value available in stocks, but a growth in market cap is usually indicative of growth in the company in general.

So, with a new market capitalization of $33.88 billion, HTC has surged ahead of Nokia (Finland, $32.84b) and RIM (Canada, $28.5b) to become third, still lagging behind Samsung (second) and Apple (first). With the continuing growth of Android in general, as well as the slow but steady potential of Windows Phone 7, HTC might even move up another spot in the next couple of years.