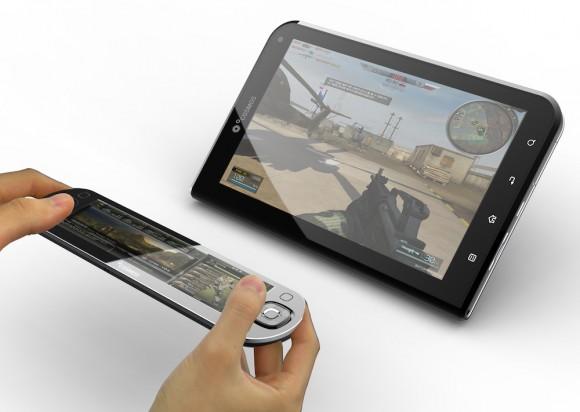 When e-readers hit the scene, it’s like every bookstore chain wanted a piece of the action. It mostly started with the Amazon Kindle, but that quickly spawned the Nook and Kobo. The same sort of thing is happening with tablets now too, but we’ve got an unlikely entry coming down the chute: GameStop.

Sure, it makes perfect sense for HTC and Samsung to get involved with tablets, but what’s a video game retailer doing in there? Well, as the rumor goes, GameStop is working on its own branded gaming tablet device which will likely tie into a GameStop branded online store for buying tablet games. This could be a similar approach to something like the Xperia Play, which ties in with Sony’s PlayStation business.

On the one hand, I guess I get it. GameStop sees an opportunity and wants to strike the pan while it’s still hot. They’ve already acquired digital distro service Impulse and game streamer Spawn Labs, both of which point toward that kind of possibility. On the other hand, they don’t really need to have their own hardware, do they?

The Android world is already pretty segmented, so why not add more fuel to the flame by opening up a GameStop branding online store for tablet games? If Amazon can try to compete with Android Market, I don’t see why GameStop wouldn’t try that route too (albeit with a distinct gaming focus). This way, they don’t have to mess with the added complication of supporting their own hardware. In any case, the rumor says that the GameStop gaming tablet is due for release by the end of the year.