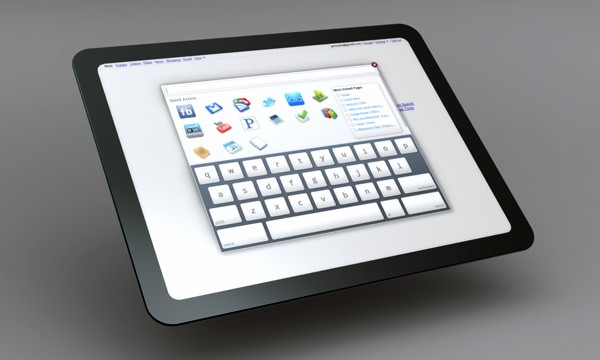 Wait. I thought Android 3.0 Honeycomb was the de facto tablet operating system to come out of Google. Even though we’ve already seen the CR-48 netbook, it looks like Google is still interested in pursuing a tablet-friendly version of its cloud-based Chrome OS.

The latest tweaks to the system are very much pointing toward a slate-based future for the secretive operating system. We’re seeing an on-screen keyboard, for example, which certainly would not be at all necessary for a netbook or a notebook running Chrome OS. So, just as there are Android phones and then there is the official Google Phone, could we be seeing the same with tablets?

Maybe. It’s quite possible than an official Google Tablet with Chrome OS is still coming down the pipes, but I see no real reason why they would add even more fuel to the fragmentated fire by splitting their tablet-based dreams across two operating systems. More likely than not, Android Honeycomb (and its successors) will likely merge with Chrome OS in some form.