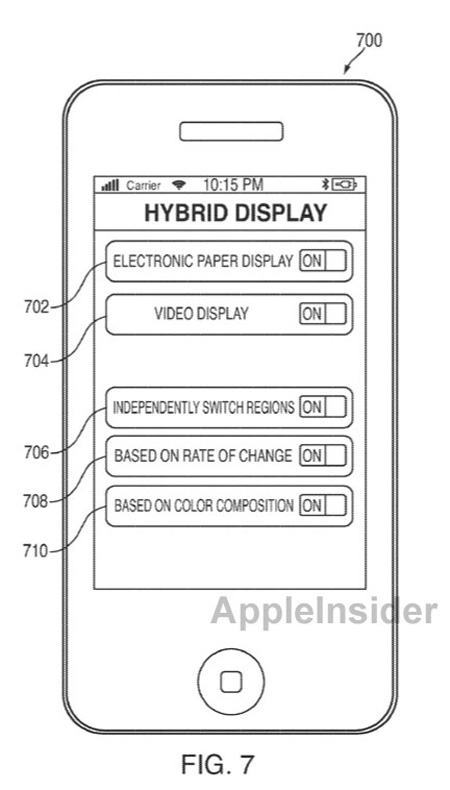 That’s right. We’ve got two Apple patents for the price of one, both of which could point toward what we should be expecting from the upcoming iPhone 5. Bear in mind that these are just patents and the folks in Cupertino may not necessarily follow through on these design cues. So, which will it be? Smart bezels or an e-paper hybrid?

First, let’s look at the smart bezel. In general, the bezel around your touchscreen is pretty much useless, so Apple might be trying to offer additional icons (which may or may not be touch sensitive) around the edges. This gives you visual feedback that is dependent on the current app. Given that Apple is reportedly stretching the screen to four inches while maintaining the same outside dimensions for the iPhone 5, though, there might not be too much room for a smart bezel.

The other rumor points toward some sort of e-paper hybrid. Cozying up next to your Prius, this effectively lets you have both e-paper and regular display tech on the same screen. The rationale is that the more static screens (like the home lock screen) can be shown with e-paper tech to extend battery life, whereas more dynamic screens (like Angry Birds) can be shown with the conventional display. It could also do some combination of the two.

This sounds like a much more interesting proposition, but I’m not sure the tech is quite there to make it a reality just yet. As always, keep your ears to the ground, because Apple rumors are always just that: rumors.