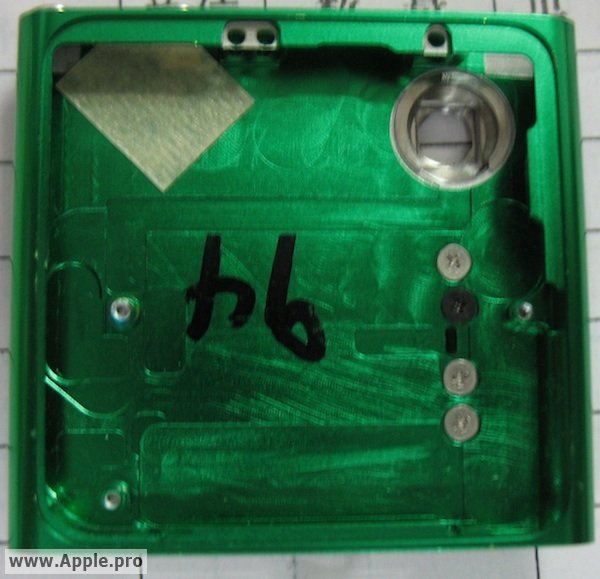 Well, going back into that think tank, how can you “revolutionize” things “all over again” for portable MP3 players? You bring back the features you took away. Then it’s new and improved, right? That appears to be the thinking behind the upcoming 7th-gen iPod nano.

What you see here, apparently, is a leaked image of the next nano’s exterior metal casing. What’s that interesting hole in the top-right corner, you might ask? Well, it very much looks like a slot for a camera, don’t you think?

Based on this image, and we always takes these leaks with giant grains of salt, the seventh-generation iPod nano will retain the basic square shape of the 6th gen, but it’ll plop a camera back in there. We assume this also means video support is coming back, but that camera might be only for stills. They’ll also have to rethink the placing and design of the “clip” portion on the back. It would be best if they could have the camera on the front, then when using your watch strap it could be like a dick tracy communicator on Skype.

The seventh-gen isn’t here yet, but I can already imagine the 8th-gen. They’ll bring back the click wheel, elongate the shape, and say it’s brand new all over again.