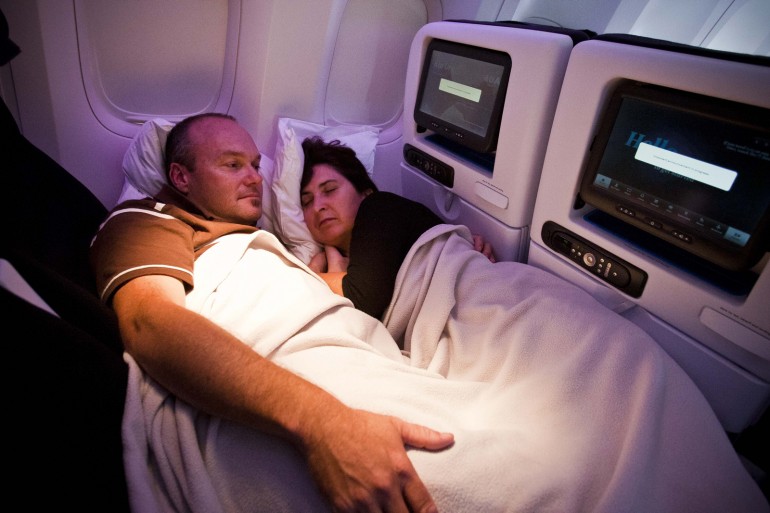 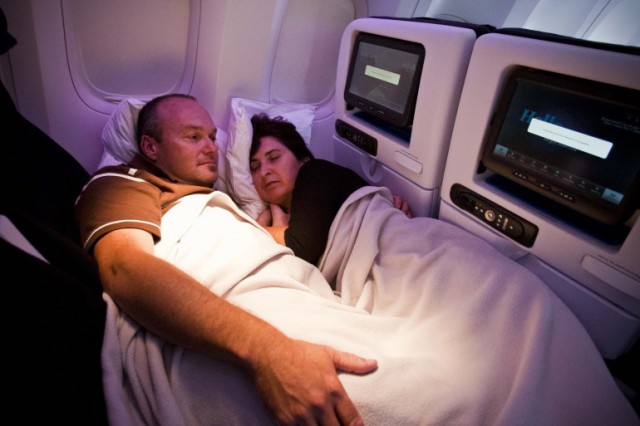 If you’re a frequent flyer like me and have been on a couple of long haul flights, then you’ll know how tough it can be to catch some shuteye during those 10+ hours in the air. Air New Zealand could help the couples in the audience, because they’ve just launched the “cuddle class” on select flights.

We’ve heard about this before, but the airline has now officially introduced what it calls the Economy Skycouch on board the Boeing 777-300ER. Andy and Barbara Maclean were among the first passengers to give it a try. Basically, the seats fold out to provide an extended flat surface that reaches the seat in front of you. In effect, you get a couch where you can sleep.

This could be great for couples flying to their honeymoon destination, but it might be quite as appropriate for business associates attending a conference overseas. For that, they can pony up for Business Premier class with its lie-flat seating, thicker memory foam mattress, and full size pillows.

For now, the cuddle class is only being offered for flights between Los Angeles and Auckland, as well as Los Angeles and London. It looks like a half decent idea, but it does mean that the couple has to pay for three seats to buy out the row… unless they don’t mind someone joining them for the cuddle.