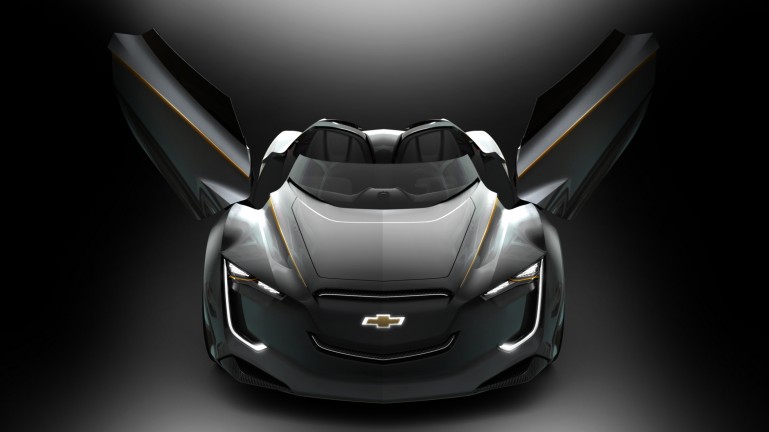 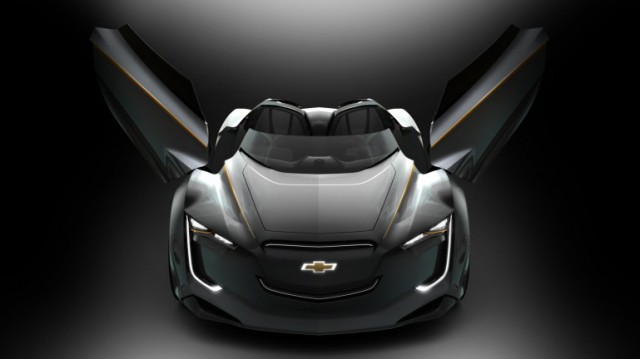 Okay, the honeymoon period for the Chevy Volt is wearing on thin, so we’re left asking General Motors what they have done for us lately. As they prepare to enter the Korean market, GM has come forth with the Chevy Mi-Ray concept at the Seoul Motor Show.

Yes, it’s just a concept for now, but the hybrid roadster could add some edge and sportiness to the company’s “green” line of vehicles. Personally, I’m not a big fan of having those chunky lines all over the place, but apparently this design is inspired by a modern jet plane.

Korean for “future”, the Mi-Ray is an open top roadster too, so I don’t really anticipate that it’ll make it to showrooms in quite this form. There aren’t too many mass produced cars without roofs. The rear wheels are driven by the 1.5L four-banger behind the driver, while the front wheels get their grunt from two front-mounted 15kW (20hp) electric motors.

Yes, you get carbon fiber, carbon fiber-reinforced plastic, scissor doors, LED headlights, retractable cameras in place of sideview mirrors, and other niceties, but I’m not sold on the Mi-Ray. I do appreciate how companies are trying to move away from “boring” with their hybrids and EVs though.