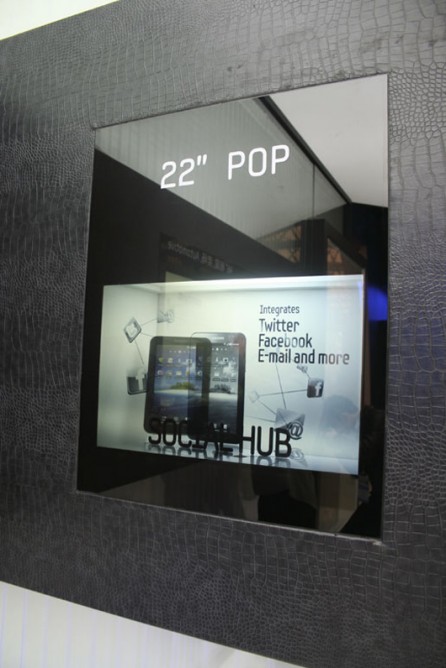 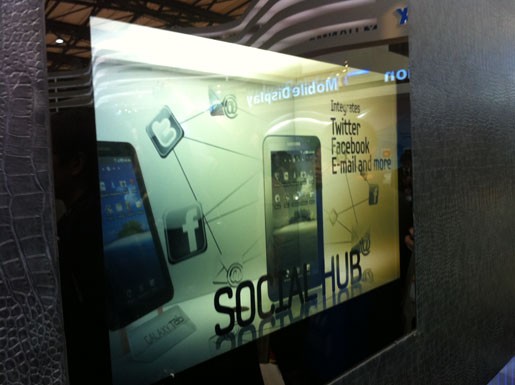 A couple of months ago, I had the opportunity to check out the Samsung transparent AMOLED display at CES. That’s just a prototype, but what about stuff that will eventually make it into the hands of real customers? Well, that’s starting too, because Samsung has just started to mass produce some see-through screens.

They’re not the AMOLED wonders that I saw, but the transparent LCD panels are almost as impressive. They’re going to come in your choice of either black and white or full color, but both 22-inch panels have a resolution of 1680×1050 and a contrast ratio of 500:1. The monochrome edition has better transparency (over 20%) than its color counterpart (over 15%) though.

I somehow doubt that these panels will be all that useful to the average consumer, but imagine walking past a display window at the mall and in addition to seeing the featured product, you get this transparent LCD highlighting some of its selling points for you. Pretty sweet. Something like the Aston Martin smart phone concept may be closer than we think. 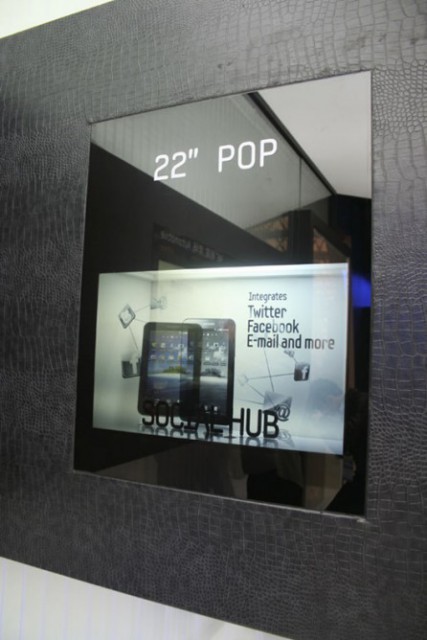