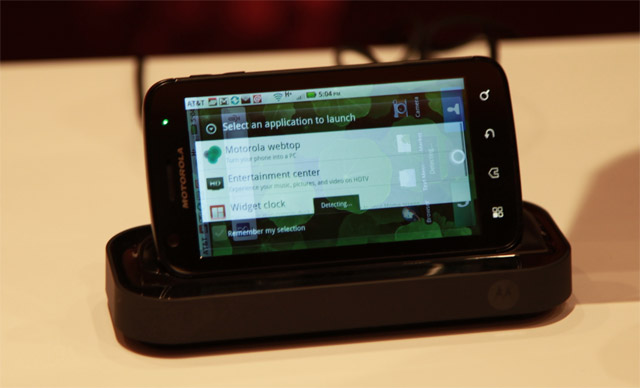 Let’s forget for a moment what it really means to have a 4G network and just go with AT&T’s FauxG definition. The wireless carrier says that its HSUPA network offers 4G speeds. Fine. However, it’s not allowing any of its devices to access said network.

Wait, what? Let’s take the Motorola Atrix 4G as a prime example. It’s right there in the name; this phone is supposed to do the 4G dance and if you were to tear it apart, you’d find that it has all the necessary chips and tiddly-bits to do the 4G thing on AT&T’s HSUPA network.

But it doesn’t. Why? As it turns out, AT&T has been going around crippling the 4G radio through software on these smartphones. As such, the supposedly 4G happy Atrix is only maxing out with 300Kbps uploads, which is nowhere near the 5.5+ Mbps uploads that HSUPA is supposed to offer. The HTC Inspire 4G is suffering a similar fate.

And guess what? Both the iPad 2 and the iPhone 4 are also HSUPA-capable, but neither is rocking the AT&T version of 4G either. Maybe this is why AT&T wants to buy T-Mobile so badly; at least Old Magenta is delivering on what it markets as 4G, right?