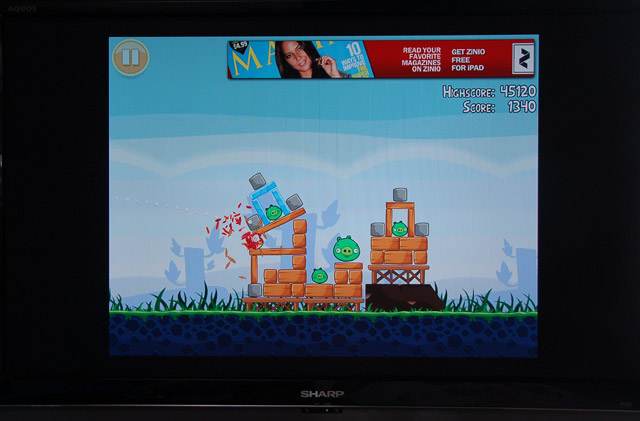 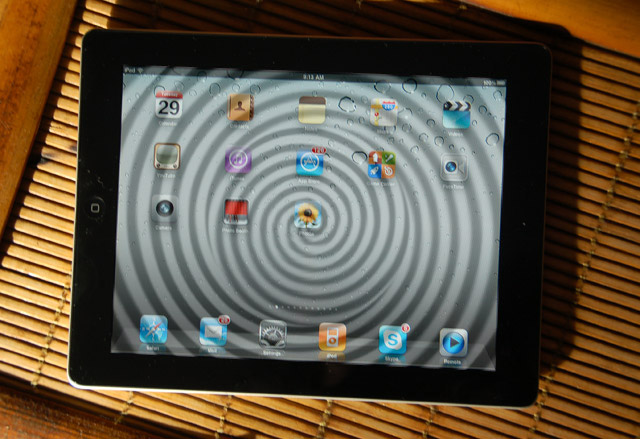 Many expected the original iPad to be released with the features the iPad 2 finally came out with, though it took Apple nearly a year after to bring that seemingly basic feature –- a camera — to reality. But those critical of Apple for their slow moving product releases need to keep one thing in mind, it’s all about the money. Apple, alongside millions of developers single handedly kick started a $2B industry that barely existed before; the tablet computing market.

Apple was successful at this in part by their ability to create a cult-like following. You could say it first started with the advertising campaign of trendy, fashionable silhouettes of extremely animated and excited figures using the iPod music player. This created a “coolness” factor that we had never seen before, especially not from what we were used to: Microsoft.

The popular Apple vs. PC marketing campaign instilled a mindset of superiority amongst those who use Apple products. By boosting the ego of the consumer, Apple had subconsciously triggered the emotion of desire and worthiness. You are better if you use Apple, that simple.

The Experience
This all takes me to the Canadian Apple event of Friday March 25. I had experienced Apple’s mastermind sales and marketing genius first-hand when they made available to international markets the second-generation iPad tablet; the iPad 2.

The mass hysteria part will always be true with Apple, but I would say the hysteria comes more from Apple the company than it does from the Apple customers. They use effective sales techniques like the excitement factor, which is totally fine, but Apple has taken it to an extreme new level.  If you attend one of their launch parties you will know what I mean.  The video below will give you a glimpse of what I am speaking of.

The Hardware
By now you must be dying to hear what I think about the actual iPad 2. The unit I picked up was the 32GB Wi-Fi Black model. Well, in one word, meh. It’s obviously better than the original iPad in some ways, but others, it is not. By the way the employees were acting at the store this thing should be able to cook, clean and roll joints for you.

The hardware, although lighter and slimmer, is a bit harder to hold because it is so slim (which for some reason makes it a bit more slippery).  It seems like being the slimmest and thinnest around may not be your best bet Apple.

Processing power is a lot faster than the first iPad. Giving you a “custom” A5 dual-core 1GHz chip.  Swiping through iOS couldn’t get any quicker. Launching apps and games: amazing. Performance is what you would expect and more from a second-generation unit. 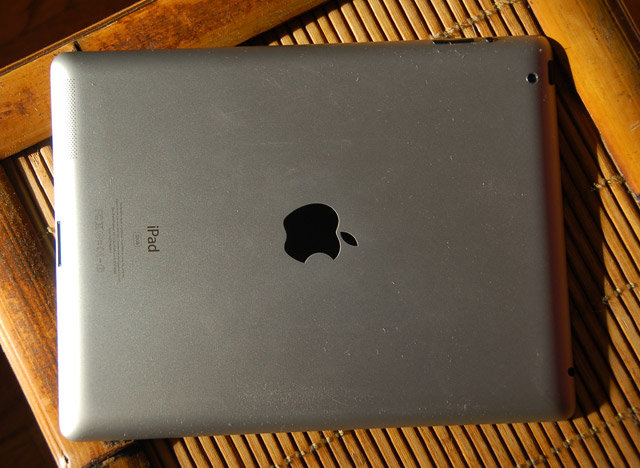 The Cameras
Dual cameras are fantastic. I was really excited to do video chat with Skype. Although I haven’t used Facetime yet, I’m hoping it will be much better than the 2x exploded iPhone Skype app can deliver.

Having a rear-facing camera on a tablet is a bit of a bad joke. Sure, you can hold it and walk around filming but that’s not exactly ideal. And if you plop it in a stand to act as a tripod you will have a hell of a time angling it properly, since the location of the camera is in the top corner and almost all stands tilt the iPad on an angle back and facing down. I put it way up high on a bookshelf, kind of like a surveillance camera and it was able to get the right angle to film our table.

The Apple camera app is very basic, no settings, no nothing. Record, pause and playback. I was surprised to find that you can adjust the aperture by tapping different areas of your screen which will in turn set the exposure for that area.

The HD rear camera has an incredible field of view and is macro capable. In lowlight you can expect very orange and granular video.
There are reports of spotty WiFi dropping signal intermittently, I had no issues in my tests.

Sound quality is much better going both ways; the mic picked up audio very well with Skype and in the video recorder app. The external speaker is capable of synthesizing a bit of artificial virtual depth that was definitely lacking in the first-gen.

Video Mirroring
I went ahead and shelled out an extra $45 for the Apple Digital AV adapter.  The output to our Sharp Aquos 1080p LCD was very crisp and smooth.  Mirrored display could be very useful far beyond Angry Birds.  The downside: you don’t get the entire width of your iPad on screen, just height.

What Went Wrong
There is indeed a light bleeding problem on the iPad 2 LCD. In fact, they are allover the place and not just near the home button. It is prominent near the home button, but also all across the top of the LCD and in the dark, you can definitely see an increased brightness on the edges of the inner bezel in many locations.  This is unacceptable and shouldn’t be happening on any Apple product. 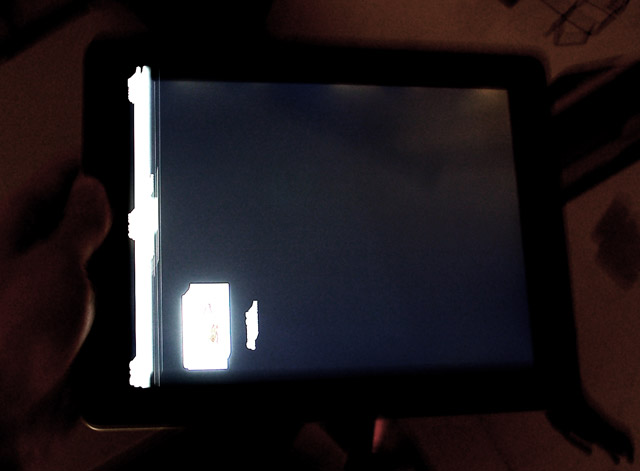 The new form factor has caused for the edges to be beveled so much that all your ports are now on an angle; bit of a nightmare to plug things into. Not so much the headphone jack, but the Apple connector – it’s just awkward on an angle and never feels right. 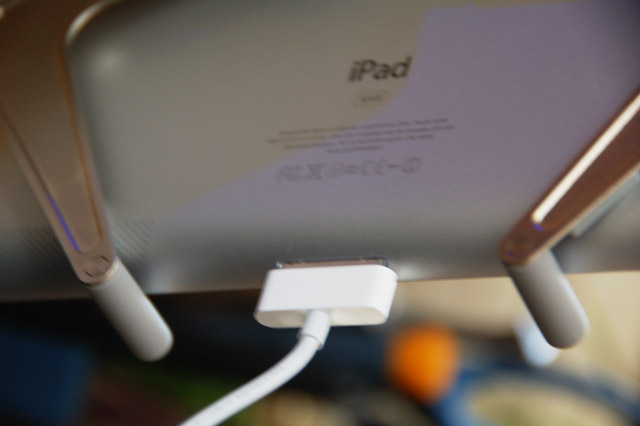 I still think iOS settings are severely lacking. I want more control than Apple will give me. Each day that goes by that I do not jailbreak this thing is another day spent living in the matrix.

The Bottom Line
For the price, the iPad 2 offers very good value. You will never find another tablet than an Apple iPad that will give you access to such an immense library of applications and games. The hardware and software, although with some quirks, is not nearly going to give you the headaches a Microsoft tablet could give you.   And you can count on Apple to release updates and fixes, that’s one good thing about it. I was pleasantly surprised with YouTube performance, it can stream HD without any frame freezing, the interface still sucks and should be just like the website, but it blows away anything Netflix could get you.

But with an LCD bleed like this it should be alot cheaper, like $200 cheaper unless Apple plans to fix it.  I’m really looking forward to what Motorola and RIM have to show us.

Filmed with the Flip Ultra HD, edited on iMovie.

Song by Radiohead – Dollars and Cents