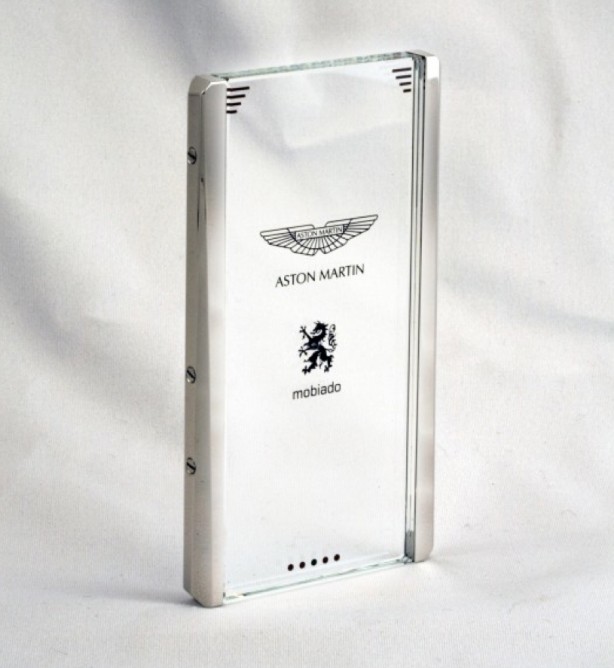 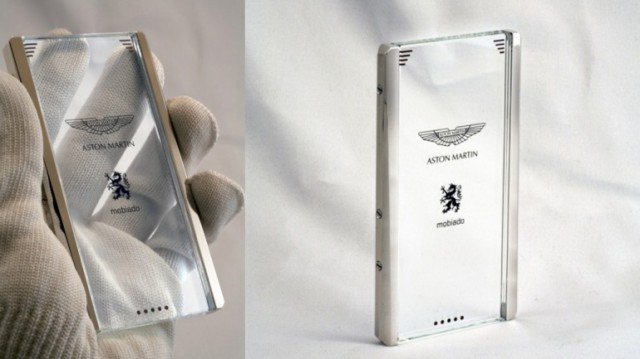 To some people, the idea of luxury for a cell phone is to riddle it up with diamonds and gemstones. That’s just unnecessarily gaudy. Aston Martin has a different idea when it comes to understated classiness and that’s demonstrated by the luxury car company’s upcoming smartphone concept. It’s clear.

Aston Martin is partnering up with Canada’s Mobiado to produce “a line of high-end handsets to be launched in May of this year.” The most impressive of the bunch is the CPT002, because it is constructed for a single slab of solid sapphire crystal, resulting in a completely transparent capacitive touchscreen.

Yes, you can see right through the phone… aside from the Mobiado and Aston Martin marques. What about the components, you might ask? Well, they’ve hidden the battery, SIM card, and other electronic doodahs into the platinum sides of the phone. That’s crazy and it really puts something like the Atrix or iPhone to shame.

Too bad the Aston Martin CPT002 is just a concept. It’d go really well with my DB9.