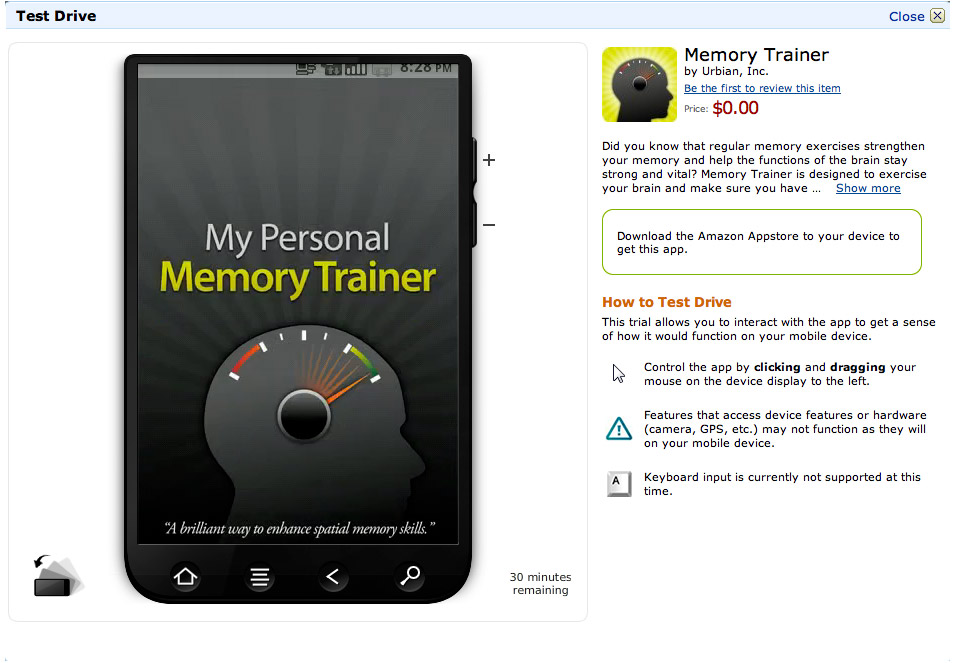 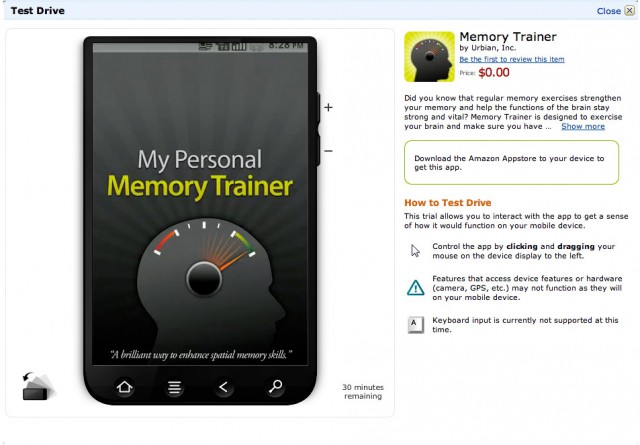 You might have noticed the new Amazon AppStore for Android that opened its virtual doors last week, but did you notice the very useful “Test Drive” feature? It’s another reason why you might consider this Android Market alternative.

Even though you can look at screenshots and watch videos, there’s nothing quite like actually using the app to figure out if you actually want it. With Test Drive, you can quite literally take any of the Android apps out for a test drive… except you do it inside your web browser (US Only). This works for both free and paid applications.

Yes, I completely realize that using an app inside of a Firefox or Chrome window isn’t exactly the same as using it on your new Motorola Atrix 4G, but it sure beats spending five bucks on a game only to learn that it’s utter garbage. I wonder how long it’ll be before Apple implements something similar for the iTunes App Store, saying that it’s revolutionary and completely changes things again.