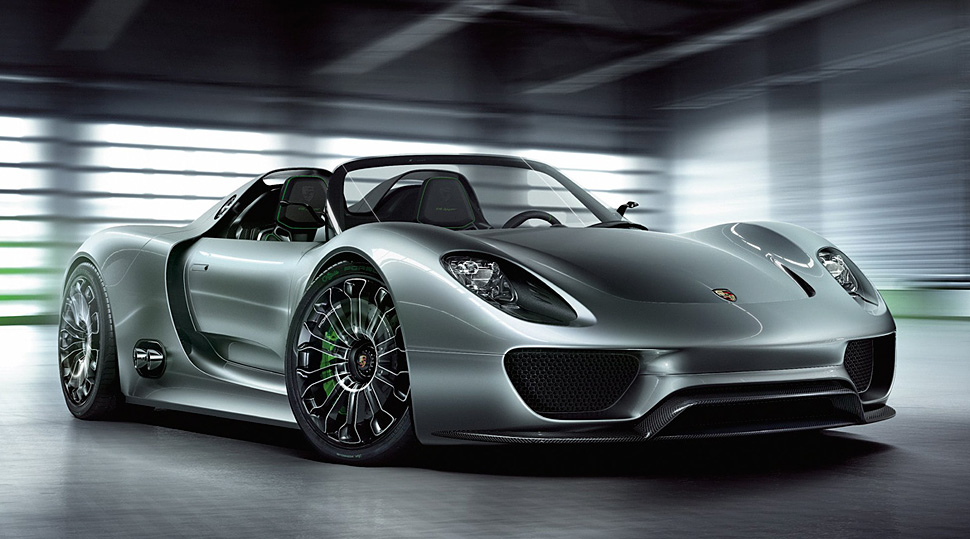 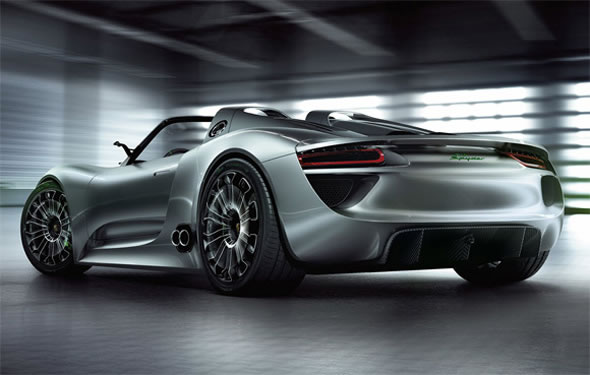 Porsche first unveiled the 918 Spyder at the Geneva Auto Show in 2010.

The 918 Spyder has been given the green light for production and is pre-selling at the price of US $850,000. Of course it will be limited to 918 units, production is scheduled to start on September 18, 2013 – delivery of the first vehicles ordered should start in November 2013. The sooner the car is ordered, the sooner it will be manufactured – provided you pay out almost a million dollars.

This hybrid gets an impressive 78 miles per gallon, can go 16 miles on electric charge alone, and does 0-60 in 3.2 seconds. The mid-engined car is powered by both a 500-horsepower V8 and two electric motors that give an additional 218 horsepower.

The car has four different running modes; two main modes include the E-Drive mode, which is for running the car using only electric power, and the Hybrid mode, where the car uses the two electric motors and the combustion engine. With Sport Hybrid mode and Race Hybrid mode you have the choice to focus on performance or fuel economy.

The cars will be manufactured at Porsche’s main plant in Stuttgart-Zuffenhausen.