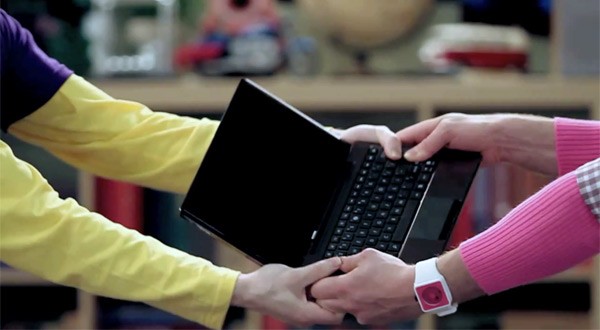 You know, of the tablets that Asus announced at CES earlier this year, the Eee Pad Transformer is probably one of the most interesting. It’s kinda like the tablet version of the Motorola Atrix 4G, allowing you to dock it for notebook functionality or separate it for tablet functionality.

So much promise… only to get butchered by a remarkably bad parody of Big Bang Theory. Asus head honcho Jonney Shih followed up on his son’s idea to use BBT as the basis for a promotional video for the Eee Pad Transformer and the result has me reaching for the barf bag. It’s like they took Big Bang Theory, replaced Sheldon with a British doofus, removed any semblance of comedy, and shoehorned in some heavy promotional placement that is nowhere near what a sitcom would normally look like.

I’m not saying that the Tegra2-powered Honeycomb tablet is a bad product. I’m sure it’s perfectly capable and will offer some decent competition to the Galaxy Tab, Xoom, and maybe even the iPad 2. I am saying, though, that Asus probably shouldn’t take this horrible promotional video route ever again.