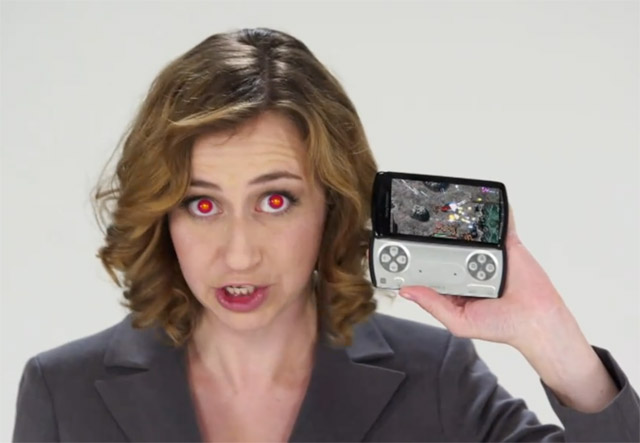 Vodafone UK is now selling pre-orders for the March 31 launch of Sony Ericsson’s Xperia Play, offering the phone, six pre-loaded games, Gingerbread and a “deck stand” all free if you order at least a two year, £35 monthly contract before April 1.

Ahead of the launch, Sony Ericsson’s paid Kristen Schaal (the creepy stalker lady from Flight of the Conchords) to star in a few commercials to build up some buzz around the gaming phone. Commercials that have me completely convinced at least half of Sony’s advertising team is completely satanic.

Curious? Check out the video for yourself below: