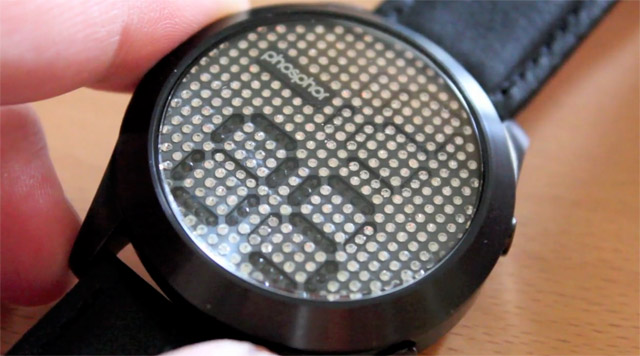 Phosphor’s new “Appear” watch takes LCD to a new level: Not Liquid Crystal Display, but Literally, Crystal Display. The face of the watch is blanketed by a downright kitschy amount of Swarovski crystals, some of which actually, physically flip to reveal a black, pink or red side in order to tell time.

It’s a neat concept, but the loud ticking the crystals make when they flip would probably get pretty annoying quickly. If you switch the display off to stop the noise, you can’t check the time while your other hand is busy, as you need to hit the on button again.

But even if you don’t hit the on button again, the Appear’s display will reset itself at midnight. Every single night. If you’re a light sleeper, you might want to leave the watch next to the sink in the washroom at night so the thing doesn’t wake you up when it starts ticking again in the middle of the night.

The watch is already available in a variety of colours for both men and women, each running between $200 and $250 on Phosphor’s site.