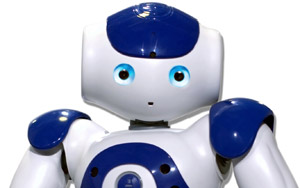 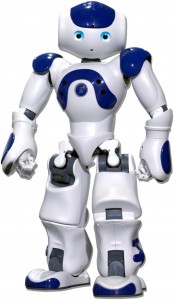 We’ve always been fascinated with robots, particularly of the humanoid type. It’s been a challenge for scientists to give them human-like movements, which is why it’s taken them so long to get robots to walk, run, climb stairs, and play soccer. Nao is ready for more.

Well, at least its developers are. Aldebaran Robotics (which I coincidentally read initially as Alderaan Robotics) wants to push the Nao Robot to be able to “traverse rocky roads.” Nao has already shown that he can kick around a soccer ball, but going through uneven terrain in a bipedal fashion might be pretty tough.

Naturally, it’s easy to think that the motivation for the Japan-based firm to take on this project comes by way of the recent Sendai earthquake and the ensuing tsunami. Instead of sending human beings into more dangerous situations, even if it is to rescue other human beings, they can send in robots like Nao instead.

Nao might not be strong enough to lift up heavy rocks, but if the $16,000 USD robot can get through the uneven terrain, deliver food and water, and report back with whether he has found more survivors, that’s a huge step forward (no pun intended) for rescue missions in disaster situations.