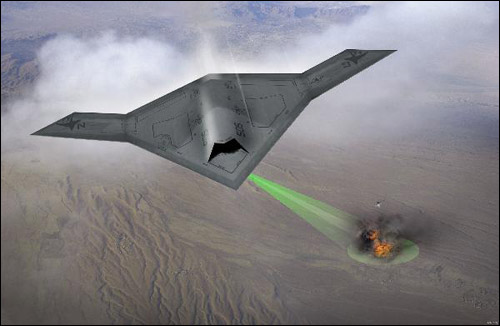 The unmanned aircraft sector seems to be coming of age in the U.S. military: This year’s announcement of the tiny “Hummingbird,” a tailless flying machine capable of reconnaissance and espionage, is now being followed up by Northrop Grumman’s contract to build two X-47B Unmanned Combat Air System fighter crafts for the U.S. Navy.   The first of the two planes has already successfully undergone its first three test flights, showing it’s capable of 7,500-foot altitudes and speeds of 200 knots (370 km/h). The other, referred to as the AV-2, is undergoing stress tests in the California assembly plant, where the craft’s already proven its ability to withstand taxing combat maneuvers and the forces involved in using an aircraft carrier as a runway.

“The proof tests validate the structural design of the aircraft, and give us confidence that we can operate this plane safely and reliably in all anticipated carrier environments,” said Janis Pamiljans, vice president of the Navy UCAS program for Northrop Grumman’s Aerospace Systems sector, in a statement earlier this week.

“In particular, we now know that AV-2 can handle the stresses, strains and dynamic loads associated with catapult launches and arrested landings on the carrier deck, and air-to-air refueling.” Though both of the crafts are built identically, the AV-2 will be fitted with aerial refuelling equipment. A lot of testing stands between now and the day they see use in the field, but Northrop Grumman plans to demonstrate an unmanned take-off from an aircraft carrier in 2013 and unmanned aerial refuelling in 2014. 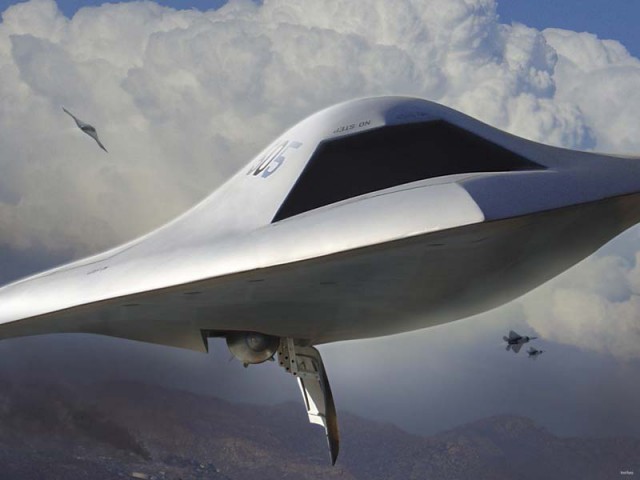